Josh Rowledge has been crowned the 2022 champion as Liam McNeilly and Will Macintyre shared the final wins of the season in the Michelin Ginetta Junior Championship finale at Brands Hatch (08/09 October). 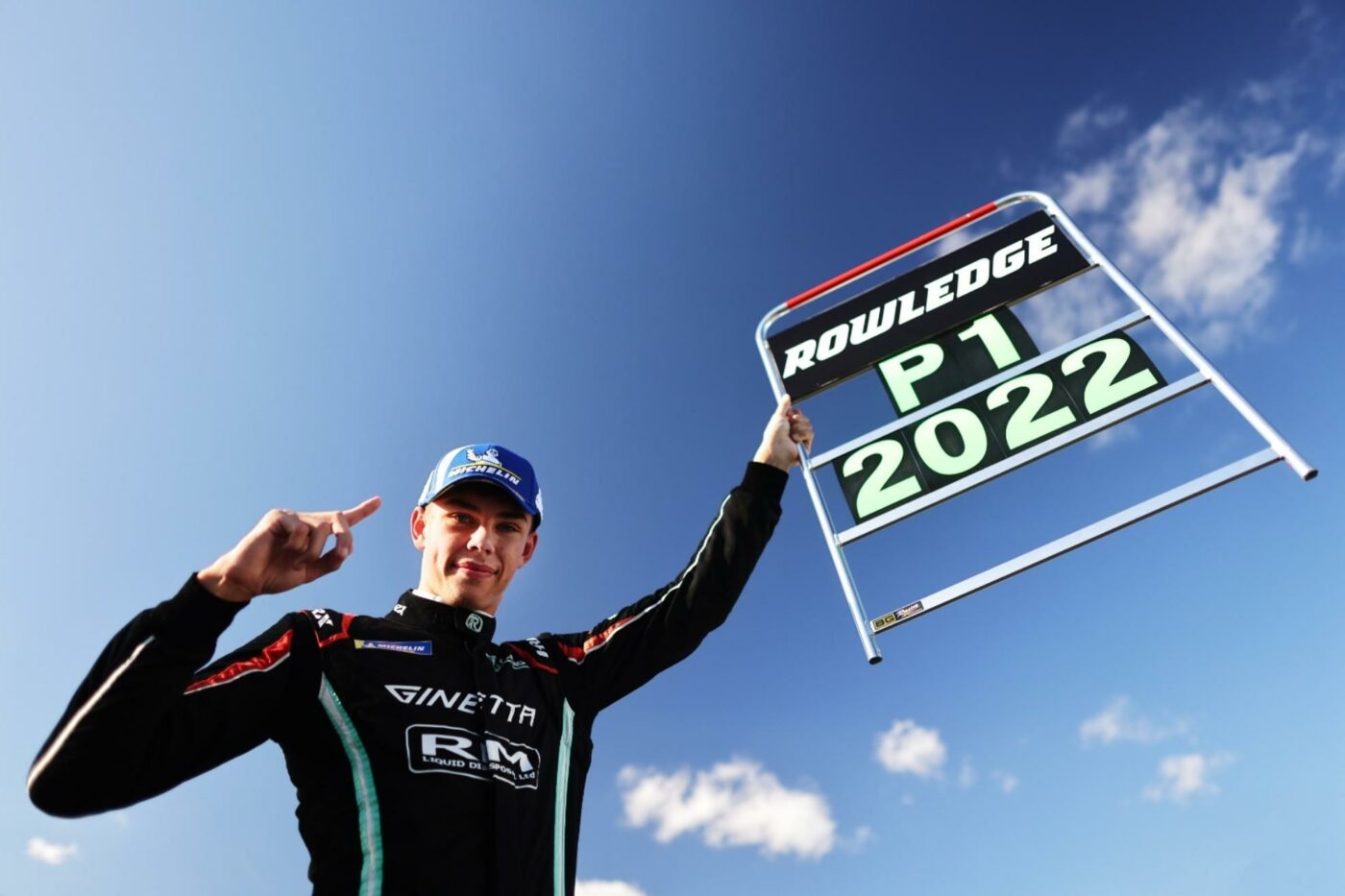 McNeilly (Fox Motorsport) topped the timesheets in qualifying on Saturday morning, taking pole position for the opening two races of the weekend. Rowledge (R Racing) secured his best qualifying result of the season in second overall, finishing up 0.119s off the pole time.

The opening race on Saturday afternoon unfortunately proved to be a stop-start encounter. The race was red flagged at the end of lap one after incidents at Druids and Hawthorns, leading to a ten-minute restart utilising the original grid.

A safety car period after the restart ultimately led to a one lap shootout to the chequered flag, which McNeilly successfully negotiated to pick up his long-awaited first win of the season and become the eighth different winner this year. Rowledge soaked up pressure from behind to finish second and wrap up the title with two races to spare.

McNeilly made it two wins from two races in Sunday’s opener. After successfully negotiating an early safety car period, he broke clear of the battling pack behind to secure his seventh career Junior victory ahead of Macintyre, who fought through from fifth on the grid to second and the rookie win.

Third place was decided on the last lap after a sensational battle between a pack of eight cars in the closing stages. Watts emerged with his maiden overall podium finish ahead of Warhurst, with Alibhai having to settle for fifth after putting up a spirited defence of second for a large portion of the race.

Slater completed the top six from 12th on the grid ahead of Kanato Le (Elite Motorsport), with Reynolds slipping back to eighth having started the final lap in third. Henry and Meakin completed the top ten ahead of Hopkinson, while after dropping to 20th at the end of lap one, Douglass fought back well to 12th.

Smith just edged out Adam Brown (Ultimate Speed Racing) for 13th, while Thomas Spragg (Preptech UK) impressed to rise from 22nd on the grid to 16th behind Lloyd. Liona Theobald (Assetto Motorsport) and Mikey Porter (Preptech UK) picked up their best finishes of the weekend in 17th and 18th respectively.

The final race of the weekend began with Macintyre diving down the inside of pole-sitter McNeilly into Druids for the first time. That kicked off a captivating duel for victory between the two, with Macintyre keeping his adversary at bay to sign off his season with a sixth overall victory.

The most entertaining action of the race came in the battle for third. Watts held the spot for the first half of the race before being shuffled down the order, however it all changed on lap six and Le stormed through from sixth to third in one lap to ultimately end the year on the overall podium for a fifth time.

There ended up being five Elite Motorsport drivers in the top six at the finish, with Macintyre and Le being joined by Alibhai, Warhurst and Douglass, the latter making good progress from 12th on the grid. Slater was right in the podium battle for a large spell of the race before dropping back to seventh.

Henry and Meakin were next up as Watts recovered to tenth ahead of Brown, Smith and Lloyd. Finn Harrison (Assetto Motorsport) took his best result in the series so far in 14th, while Flynn McHardy (Preptech UK) and Shravan Shanmugavel (Elite Motorsport) ended with weekend high results of 16th and 17th respectively.

Josh Rowledge, 2022 Michelin Ginetta Junior champion: “I’m speechless. It’s a surreal feeling. We’ve worked so hard towards this, through the winter and across the season, and I’ve worked hard away from the circuit to make sure we were best prepared for every weekend. Thank you to R Racing and my sponsors, this is incredible.”

Full race results from the weekend can be found at www.tsl-timing.com/event/224003

The 2022 season isn’t over yet however, with the Ginetta Junior Scholarship coming up on October 25-27 at Blyton Park, before the Michelin Ginetta Junior Winter Series in association with ATL LTD takes place at Brands Hatch over the weekend of November 12/13.