All four class titles are up for grabs in the Millers Oils Ginetta GT4 SuperCup ahead of what’s sure to be a blockbuster conclusion to both the 2022 season and the championship this weekend at Brands Hatch. 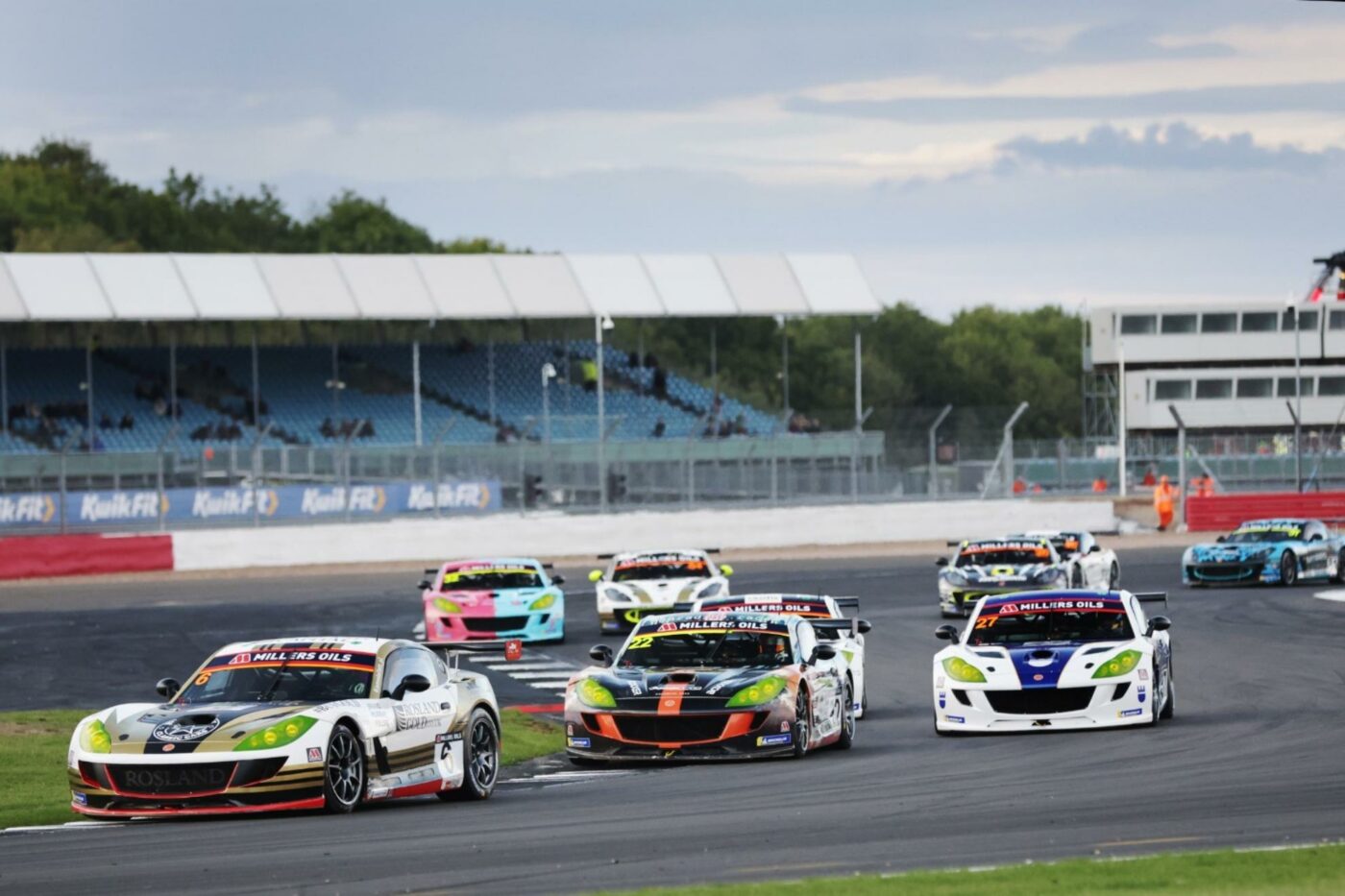 An integral part of the British motorsport scene and the BTCC support package for the past 12 seasons and more than 280 races, the GT4 SuperCup’s entertaining journey comes to an end this weekend, with the class of 2022 ready to serve up a fitting finale.

After kicking the campaign off with a glorious hat-trick at Brands Hatch back in May, Kellett has been a truly dominant force in his Ginetta G56 GT4. Breaking the championship record for the most wins in a single season, his 13 successes have built him an 85-point lead atop the standings.

While a great double victory two weeks’ ago at Silverstone meant Tom Emson (Elite Motorsport) kept his faint title hopes alive coming into this weekend’s action, his focus is likely to be on cementing his second place in the standings and aiming to add to his three wins to date.

Aston Millar (DTO Motorsport) will be targeting that second spot and also a maiden victory in the championship, while championship stalwart Reece Somerfield (Breakell Racing) and Henry Dawes (Century Motorsport) are also ready to end the year on a high.

In the G56 Am category, it’s come down to a two-horse race between Wes Pearce (Breakell Racing) and Darren Leung (Assetto Motorsport). While Leung has 11 wins to Pearce’s six, better consistency for the latter means that he just needs to finish the races this weekend to win the class title.

The Ginetta G55 GT4 has been ever-present across the championship’s history and it’s once again produced some fantastic racing this season. Luke Reade (Wolf Motorsport) is the favourite to become the final ever G55 Pro champion, however he has two drivers aiming to stop him.

The eight-time race-winner saw his points lead shrink from 60 to 22 points at Silverstone as Blake Angliss (Rosland Gold Racing by Century Motorsport) stormed to a hat-trick of wins. James Taylor (SVG Motorsport) is also a contender, though his chances are slim with a 67-point deficit.

G55 Am also looks set to go down to the wire. Ian Duggan (Fox Motorsport) continues to lead the class having also clocked up eight class wins, however Daniel Morris (Simon Green Motorsport) has closed the gap between them to just 13-points after incredibly winning all four races at Silverstone.

Aiming to end their season on a high and steal the spotlight from the title contenders in G55 Pro will be Conner Garlick (Xentek Motorsport), Josh Poulain (Motus One) and Nick Halstead (Fox Motorsport), while James Townsend (Fox Motorsport) and Luke Warr (Race Car Consultants) complete the G55 Am ranks.

Live timing and results across the weekend: https://www.tsl-timing.com/event/224003