Marc Warren and Ravi Ramyead have provisionally won the 2022 Ginetta GT Academy GTA and Rookie titles respectively with an event to spare after enjoying class victories during a pulsating weekend of racing at Brands Hatch (10/11 September). 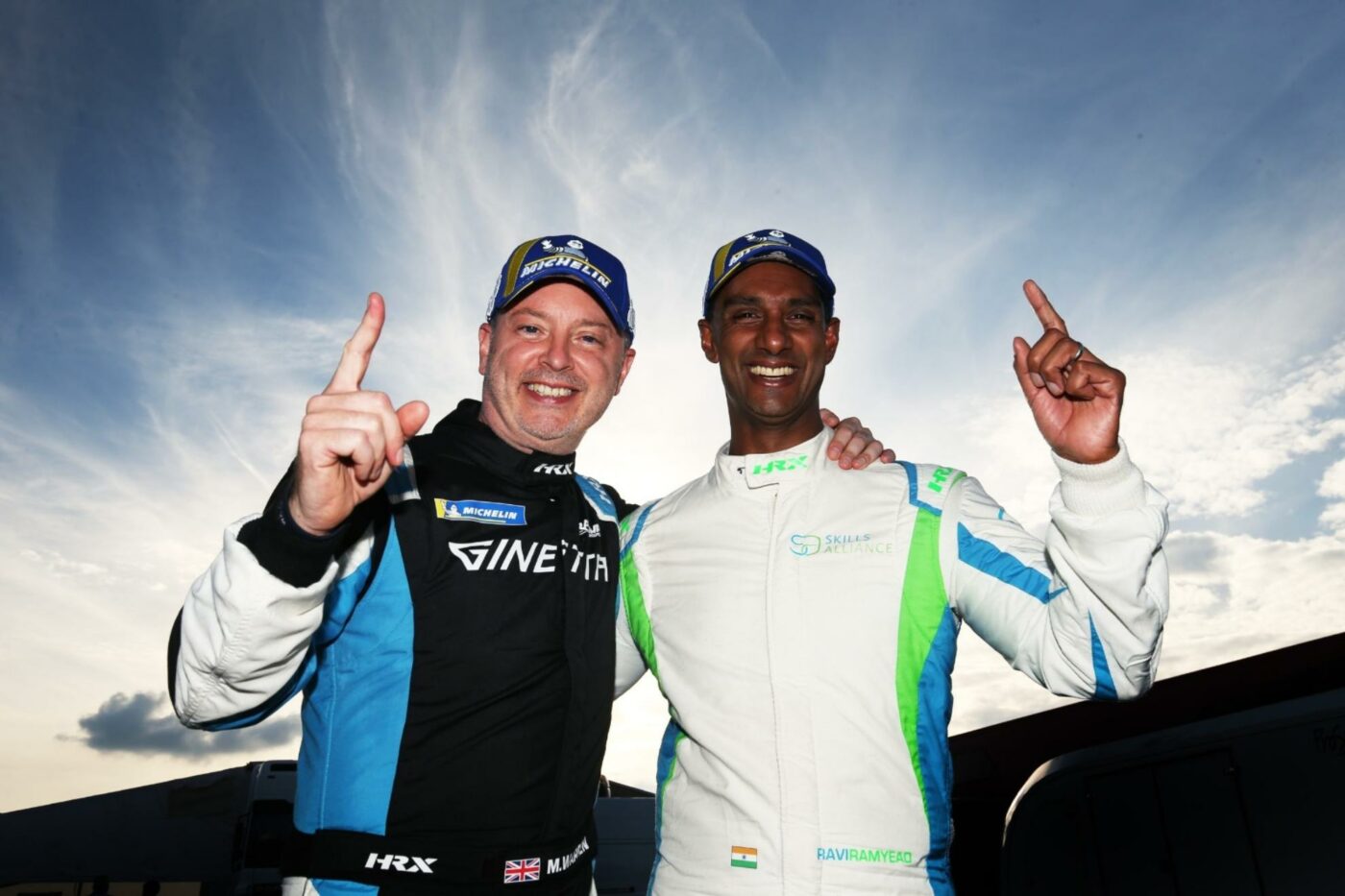 A double win for Warren (Raceway Motorsport) secured him a third consecutive Ginetta title, following his 2020 GRDC Rookie and 2021 Ginetta G40 Cup Pro successes, while Ramyead enjoys championship glory for the first time in his maiden car-racing campaign after scoring his eighth victory of the campaign.

It was Warren who set the pace in qualifying, with a double pole position moving his season tally up to five. Thomas Holland made it a Raceway Motorsport one-two at the top of the times, while Ramyead was third overall ahead of Mackenzie Walker (Assetto Motorsport) and Nick White (MRM Racing).

It was Holland who made the best start to race one on Saturday afternoon, with a great launch propelling him into the lead heading through Paddock Hill Bend for the first. Warren, Ramyead and Walker followed him closely, starting a four-way battle at the front of the field around the full Brands Hatch Grand Prix circuit.

Despite the best efforts of Warren and co, Holland was able to soak up the pressure and score his first win of the season. In the process he became the first driver other than Warren to win in the GTA class this year, while Ramyead notched up another rookie win with ease.

Less than two seconds split the top four at the chequered flag as Walker completed the GTA podium. Julian Wantling (Assetto Motorsport) led the next group of drivers as he finished in a seasons’ best fifth, with Michael Johnston (Century Motorsport) completing the top six.

Roy Alderslade (SVG Motorsport), a triple GTA class podium finisher at Brands Hatch last year, finished seventh as he returned to the grid for the first time this season. An early moment for White dropped him back to 13th, but he fought back well to eighth at the finish.

Maurizio Sciglio (Datum Motorsport) was ninth as Ian Gough (SVG Motorsport) completed an impressive debut race in the top ten. Martin Wills (Assetto Motorsport) had finished ninth on the road, however a track limits time penalty cost him a couple of places.

Behind Ramyead in the rookie class, in which all drivers compete in cars prepared by W2R, Jon Kearney and Thomas Shelley picked up podium finishes. Marc Elman also took the finish, while Dan Rathbone and guest driver, Isle of Man TT legend John McGuinness were unfortunately caught up in an incident late on.

It was a case of déjà vu at the start of race two on Sunday morning as Holland once again got the jump on Warren off the start line. He went on to lead through the early laps, but Warren was piling on the pressure and made a move stick into Druids on lap six.

At the same corner, Ramyead spun out of third position behind. That meant the top two had a clear run to the chequered flag, with Warren winning by almost three seconds. There was a thrilling multi-car battle for third in the closing stages, with a last lap lunge for Walker into Paddock Hill Bend getting him the spot.

Three corners later there was unfortunate contact between White, Leo Karavasili (Breakell Racing) and Johnston, with only Karavasili able to continue as he finished fifth. That incident opened the door for Gough to score a brilliant fourth place result in his second race in the series.

Acres battled his way to sixth place, while the spin for Ramyead meant his 100% winning record in the rookie class came to an end as Kearney secured his maiden victory in a seasons’ best seventh overall. Wantling and Sykes were next up, the latter from 20th on the grid, with Sciglio rounding out the top ten ahead of Dwyer.

Ramyead recovered to 12th and second in the rookie class, while Gary Wager (SF Racing) finished in a weekend best of 13th. Wills was next up after losing ground with an early spin, as Mark Steel (Toro Verde GT) impressively gained 10 places from his starting spot to 15th from Marco Anastasi (Datum Motorsport).

The final race of the weekend saw Warren provisionally seal the GTA title in style with a dominant lights-to-flag victory. Holland ran second throughout to complete a hat-trick of Raceway Motorsport one-two finishes, while Walker fought back from a slow start to complete a third place treble for the weekend.

Acres and Wantling finished off impressive weekends in fourth and fifth, while Dwyer scored his best result of the meeting in sixth ahead of Karavasili. Steel rose from 14th on the grid to eighth ahead of Sciglio, while White made fantastic progress from 25th to complete the top ten.

Johnston was another to charge through the field from 26th to 12th behind Alderslade, with Anastasi and Hartley Jnr next up. Gough was unfortunate to fall down to 18th after running third early on, while Steve Williams (MRM Racing) bounced back from a double DNF to score a GTA points finish in 24th.

In the rookie class, late drama for Kearney and Ramyead as they battled for the lead opened the door for McGuinness to sign off a brilliant debut weekend with victory. Shelley matched his best class finish of the season in second, while Elman made it two podiums in two races for the day.

The GT Academy also features a Chairmans Cup category for drivers aged 45 and over. Warren won the class in all three races as Wantling also enjoyed a podium hat-trick, while Ramyead, Kearney and Steel picked up class silverware as well.

Marc Warren – Provisional 2022 Ginetta GT Academy ‘GTA’ Champion: “I couldn’t be happier right now. It’s been an amazing season with some good fun and great racing along the way. I’ve always loved cars and it was the childhood dream to go racing, so to been able to do that and win three titles in a row is absolutely insane.

“Massive thanks to Luca, Nicole and everyone at Raceway Motorsport, the car has been faultless all year, to my driver coach Declan Jones who knows exactly what to say to me every time I get in the car, to my 16 year old sim-master son Jay, who pushes me and makes me faster on the sim, and to my family for letting me come out and play.”

Ravi Ramyead – Provisional 2022 Ginetta GT Academy ‘Rookie’ Champion: “To end my first season of racing as the provisional champion is unbelievable. It’s been a fantastic year and I can’t quite believe the results I’ve been able to achieve.

“The experience with Ginetta has been brilliant and the G56 GTA is amazing to drive. The learning experience and challenge on this journey has been great and I’ve met some first rate people along the way. I’m properly hooked and can’t wait for the next leg of the journey.”

Full race results from the weekend are available here: https://www.tsl-timing.com/eve…

The 2022 Ginetta GT Academy season comes to an end next month (15/16 October) with three races around the Donington Park Grand Prix circuit.