Thomas Holland is the first Ginetta driver to confirm his entry to join the 2023 British GT grid. Supported by the established team, Raceway Motorsport, both driver and team set out for their debut GT4 championship season. 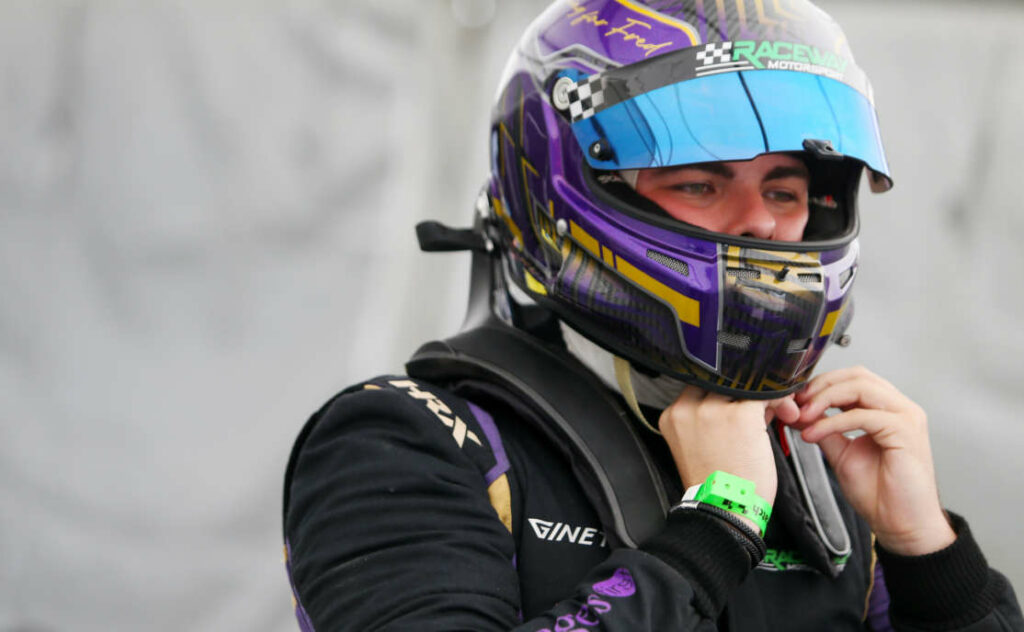 Raceway Motorsports’ youngest driver has impressively ascended the Ginetta motorsport ladder, following his victorious three-year racing achievements. At just 20-years-old, Thomas Holland will contest in his fourth full season of racing with two vice championship titles to his name. Ahead of his debut British GT season in a G56 GT4, Holland is confident to make his mark on the grid next year.

Thomas Holland, said: “I’ve been part of Raceway for the past couple of years with the whole team becoming part of my family, which is why I am ecstatic to still be part of the Raceway family competing in British GT.”

“Next year will be a big step in my career with a different race format, a split grid and a new car being the Ginetta G56 GT4. But I am confident in myself and the team that we can both push to achieve great accomplishments in British GT!”

Established Ginetta team, Raceway Motorsport, embark on an exciting new venture into the elite GT racing series. Over consecutive years, the team has gone from strength to strength, raising drivers towards the pinnacle of the motorsport ladder. With a triumphant track record of six championship titles, Raceway has high intentions to make their mark on the British GT grid in 2023.

Luca Hirst and Nicole Hirst, Raceway Motorsport owners, said: “Since the birth of our team in 2020, we have competed for podiums and championships in Ginetta GRDC, G40 Cup, GT5 and GT Academy. The success achieved has inspired us to scale the Ginetta ladder to greater heights. The use of the prestigious Ginetta G56 GT4 car will further our achievements”.

“The Ginetta motorsport ladder admirably assists progression of both teams and individual drivers wishing to excel in their motorsport careers. Our driver, Thomas Holland, is a prime example. He has already competed in Ginetta G40 Cup, GTA and will now be making his debut in British GT. The team is exceptionally proud to announce him as our first driver for what it is set to be a memorable and exciting season for both team and driver.”

Mike Simpson, Ginetta, Motorsport Director, comments: ‘It’s a pleasure watching both Raceway and Thomas Holland develop through the Ginetta motorsport ladder. I am in no doubt that with their joint commitment and passion for Ginetta and GT racing, Raceway and Thomas will be a force to be reckoned with next season. We’re delighted to see another Ginetta team step up to this prestigious racing series.’

Ginetta enters a new era in 2023 with the pledge to support the progression of all drivers. Under the partnership of SRO, an additional number of GT4 entries into British GT will welcome fellow Ginetta graduates, new racing drivers and existing customers who own G56 GT4 cars to compete in the prestigious racing series.