Six races in and the Michelin Ginetta Junior Championship is as close-fought, entertaining and unpredictable as ever heading into this weekend’s action at Thruxton. 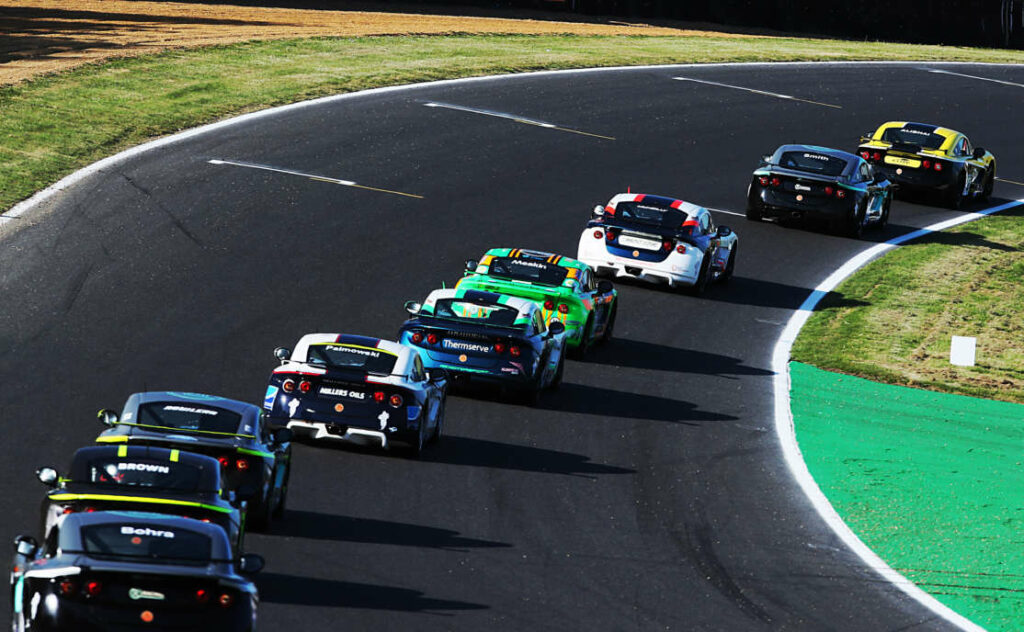 Harri Reynolds (Assetto Motorsport) goes to Hampshire as the early points leader after backing up a double victory at the Donington Park opener with a superb win at Brands Hatch two weeks’ ago. He’s only finished off the podium once so far, adding a couple of third place finishes too.

Josh Rowledge (R Racing) is second in the championship, just 12 points adrift, after enjoying a great start to the season of his own. The reigning Winter Series champion was the other race-winner at Donington Park and has added three further podium finishes.

Two rookie drivers scored their first wins in the championship at Brands Hatch meanwhile, as Elite Motorsport duo Kanato Le and Will Macintyre made their mark. Le’s success came in only his fourth ever car race, while Macintyre’s came as part of an impressive podium hat-trick.

The hugely talented 2022 entry has produced seven overall podium finishers so far. Joe Warhurst has three to his name having been in a regular presence in the battle for race wins, while his Elite Motorsport team-mate Aqil Alibhai enjoyed a breakthrough top three at Brands Hatch.

2021 championship runner-up Liam McNeilly (Fox Motorsport) will be determined to challenge for race wins this weekend on a circuit he took a podium finish at last year, as his team-mates Maurice Henry and Jacob Hodgkiss chase their first pieces of silverware.

Adam Brown (Ultimate Speed Racing) has enjoyed a good start to the season, while Hampshire based team Preptech UK will be hoping for success at their home circuit this weekend with Fergus Chalmers, Zac Meakin, Flynn McHardy and Ginetta Junior scholar Alisha Palmowski.

Mckenzie Douglass (Elite Motorsport) scored a breakthrough top ten finish last time out, while Assetto duo James Wyres and Ella Lloyd also picked up their best results of the season so far. They’ll be joined on the grid by their respective team-mates Shravan Shanmugavel and Liona Theobald.

Live timing and results across the weekend: https://www.tsl-timing.com/event/222103