Josh Rowledge has established himself as the driver to beat in the Michelin Ginetta Junior Championship ahead of what are sure to be three all-action races this weekend at Snetterton. 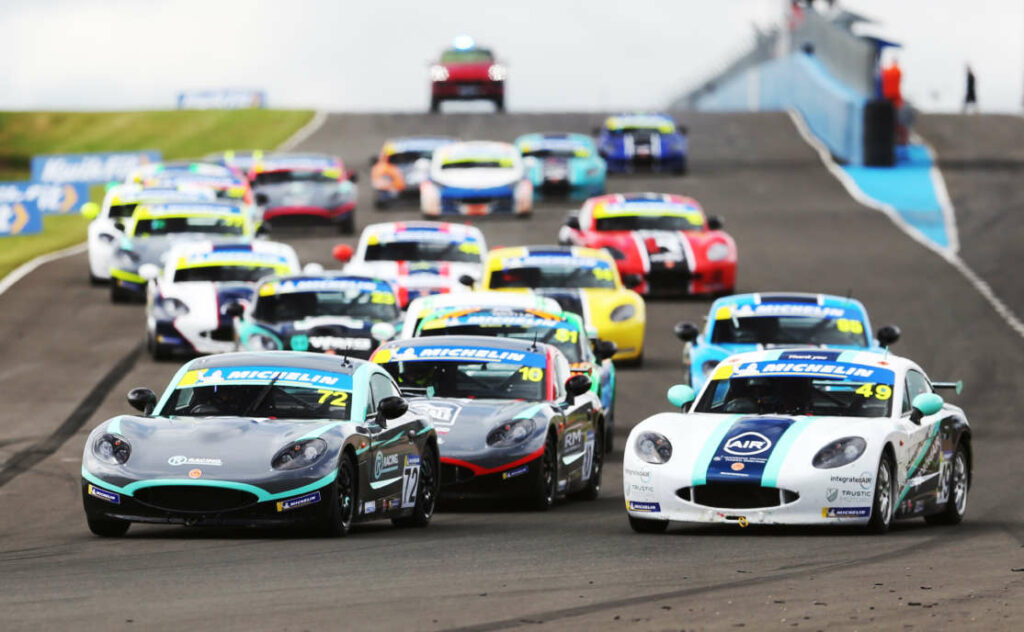 A stunning double victory at Knockhill last time out has propelled Rowledge (R Racing) into a healthy 51 point lead atop the standings. His Scotland successes mean the reigning Winter Series champion now has more wins (four) and podium finishes (nine) this season than anyone else on the grid.

Leading the chasing pack is the top rookie on the 2022 grid as it stands, Will Macintyre (Elite Motorsport). Having recorded six podiums in seven races prior to the summer break, he was back in the top three at Knockhill to cement his second place in the overall standings.

Harri Reynolds (Assetto Motorsport) will be heading into the weekend determined to fight back after a nightmare trip to Scotland. He had excelled in the opening four events, recording three race wins and finishing each of the opening ten races inside the top five.

Knockhill was a superb weekend for the Fox Motorsport team meanwhile. Maurice Henry fought his way to a maiden race victory, while Liam McNeilly, who won at Snetterton last year en-route to second in the standings, picked up his long-awaited first podium finishes of the season.

R Racing’s Sonny Smith has established himself as the king of qualifying this season, impressively taking pole position in three out of the five sessions to date. His team-mates Luke Watts and Luca Hopkinson have joined him as rookie class podium finishers.

Like their rivals, Elite Motorsport also have a talent-filled roster this season. Rookie talent Kanato Le was a race-winner back at Brands Hatch, while second year contenders Joe Warhurst and Aqil Alibhai have both been knocking firmly on the door for wins of their own.

One to watch this weekend will be an exciting newcomer to the grid in former world champion karter Freddie Slater (R Racing), while the likes of Mckenzie Douglass (Elite Motorsport), Jacob Hodgkiss (Fox Motorsport) and Adam Brown (Ultimate Speed Racing) are sure to feature in the competitive midfield battles.

Completing the entry for this weekend are four drivers who will be aiming to break into the top ten for the first time; Flynn McHardy (Preptech UK) and Assetto Motorsport trio Liona Theobald, Ella Lloyd and James Wyres.

Live timing and results across the weekend: https://www.tsl-timing.com/event/223203