The Michelin Ginetta Junior Championship returns to action at Knockhill in Scotland this weekend (30/31 July) with it all to play for heading into the second half of the season. 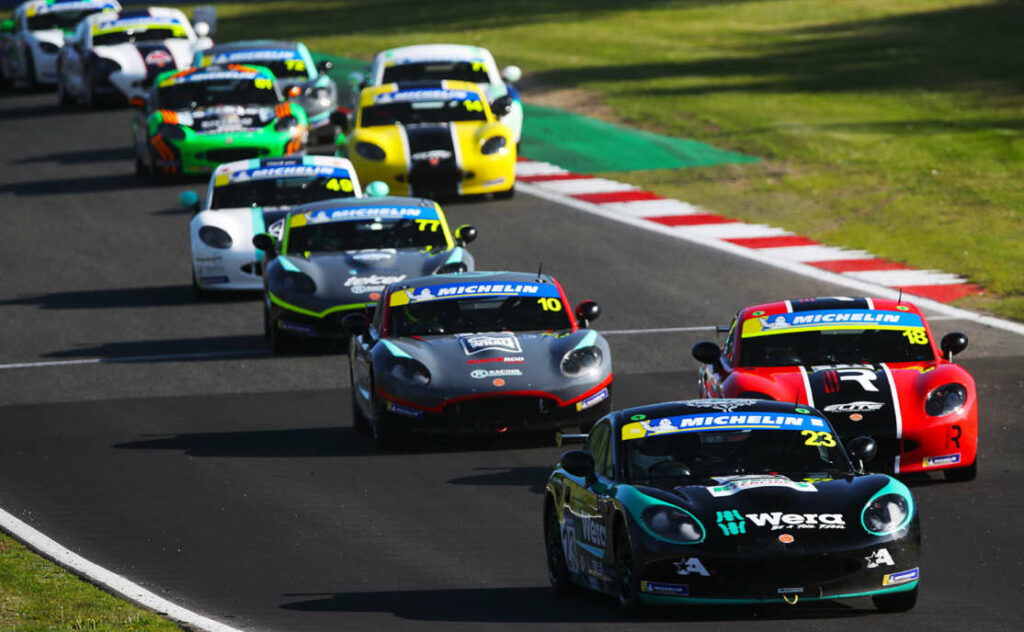 A brilliant year so far has resulted in the leading three drivers being separated by just 14 points in the standings at this stage. Harri Reynolds (Assetto Motorsport) is the driver to beat, having recorded more race wins (three) and podium finishes (eight) than anyone else, as well as finishing every race inside the top five.

Rookie sensation Will Macintyre (Elite Motorsport) is the in-form driver though, having picked up overall victories at Brands Hatch and last time out at Croft as part of an impressive run of six podiums in the last seven races.

Reigning Winter Series champion Josh Rowledge (R Racing) is hot on their heels too. A double race-winner himself this season, enjoying successes at Donington Park and Thruxton, he showed good pace at Knockhill last year with three rookie class podiums.

Alongside Rowledge, reigning champions R Racing have a number of other talents to keep an eye on. Sonny Smith and Ian Aguilera scored breakthrough race victories at Croft and Thruxton respectively, while Luke Watts set the pace in qualifying at Brands Hatch.

Kanato Le is another top rookie driver on the grid, having enjoyed a maiden race win back at Brands Hatch. He’s part of a strong line-up from Elite Motorsport, with second year drivers Aqil Alibhai and Joe Warhurst having also picked up silverware this year.

2021 championship runner-up Liam McNeilly (Fox Motorsport) is targeting his first podium of the season and will be confident of achieving it at a circuit he took a double pole position and race win on last year. His team-mate Maurice Henry has regularly been in the mix for a maiden series podium this year too.

Scotland’s own Fergus Chalmers returns to the grid as part of a competitive Preptech UK entry. Chalmers and Zac Meakin have both taken top six finishes, while Ginetta Junior scholar Alisha Palmowski and Flynn McHardy are full of confidence after personal best results at Croft.

Ella Lloyd (Assetto Motorsport) will be aiming to push on after recording her best qualifying result to date last time out, whilst team-mate Liona Theobald and Elite Motorsport’s Shravan Shanmugavel will join her in setting their sights on a top ten breakthrough this weekend.

Live timing and results across the weekend: https://www.tsl-timing.com/event/223003