The Protyre Motorsport Ginetta GT5 Challenge has served up some fantastic early season action ahead of its third meeting of the year this weekend on the Silverstone Grand Prix circuit. 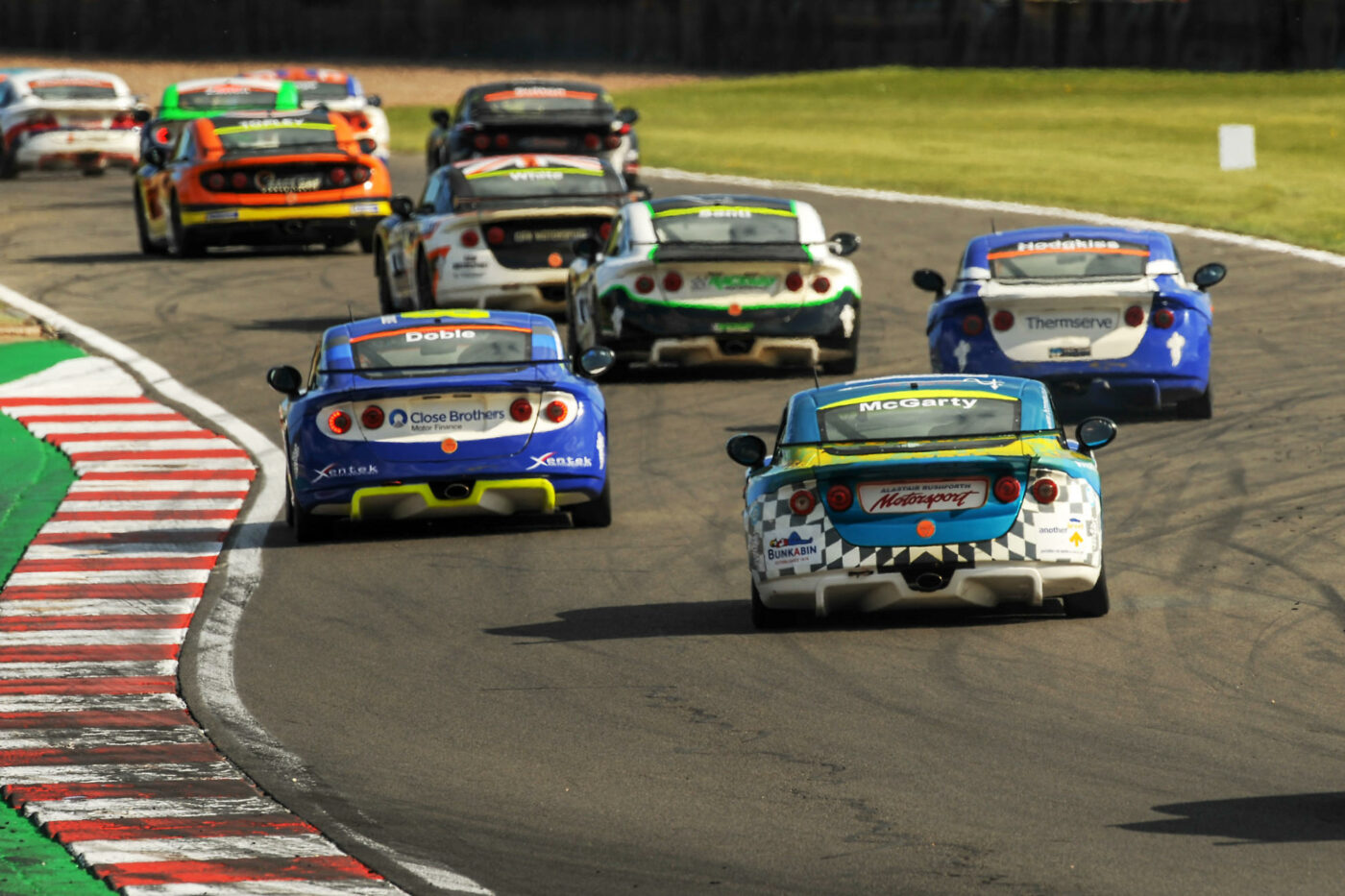 A thrilling start to the campaign saw four different race-winners from the first four races, including the early championship leader Nat Hodgkiss (Race Car Consultants). His victory in the curtain raiser at Oulton Park kicked off a great run of five consecutive podium finishes.

Hot on his heels in the points are Connor Grady (Xentek Motorsport) and Will Jenkins (Elite Motorsport). Both of them have taken a victory in each of the opening two events, with experienced GT5 racer Grady enjoying his best spell in the championship so far.

Ginetta Junior race-winner Jenkins meanwhile is enjoying a great start to his maiden GT5 campaign. The other race win to date went the way of Will Orton (Race Car Consultants) at Donington Park, a first win for him during an impressive start to his second season with Ginetta.

The grid is packed full of talent this season, with nine drivers having already secured overall podium-finishes. That group includes Harley Haughton (Elite Motorsport), who also set the pace in qualifying at Donington Park, and his team-mate Harry Mangion, the reigning Am class champion.

TCR have a produced a couple of podium-finishers of their own in Sam Smith and Ruben Hage, while Mikey Doble (Xentek Motorsport) took to the podium at Oulton Park and has narrowly missed out on more silverware with a couple of fourth place results.

Will Rochford (TCR) was a multiple top six finisher last year and is more than capable of challenging for the podium, as is quick newcomer Dave Sutton (Team Avago). Completing the GT5 Pro entry is Sam Harvey (Xentek Motorsport), who is contesting his maiden car-racing campaign.

The championship’s Am class has proven to be extremely competitive as well, with seven different podium finishers. Leading the pack is 2021 class runner-up Chris White (Raceway Motorsport), whose quest to go one better this year has started well with four wins.

Gerson Zarpelao (Xentek Motorsport) has enjoyed a great start to his first GT5 season, with three class podium finishes already putting him second in the standings. Just behind him is Karim Sekkat (Elite Motorsport), the only driver to match White’s tally of four podium visits so far.

Follow the action across the meeting on social media, @GinettaCars.

Sunday’s race will be streamed live on Ginetta’s Facebook page and YouTube channel, while live timing and results across the meeting will be available at https://www.tsl-timing.com/event/221805