A talented entry in the Protyre Motorsport Ginetta GT5 Challenge are ready to put on a show at Croft this weekend during their final appearance of the season on the British Touring Car Championship support package. 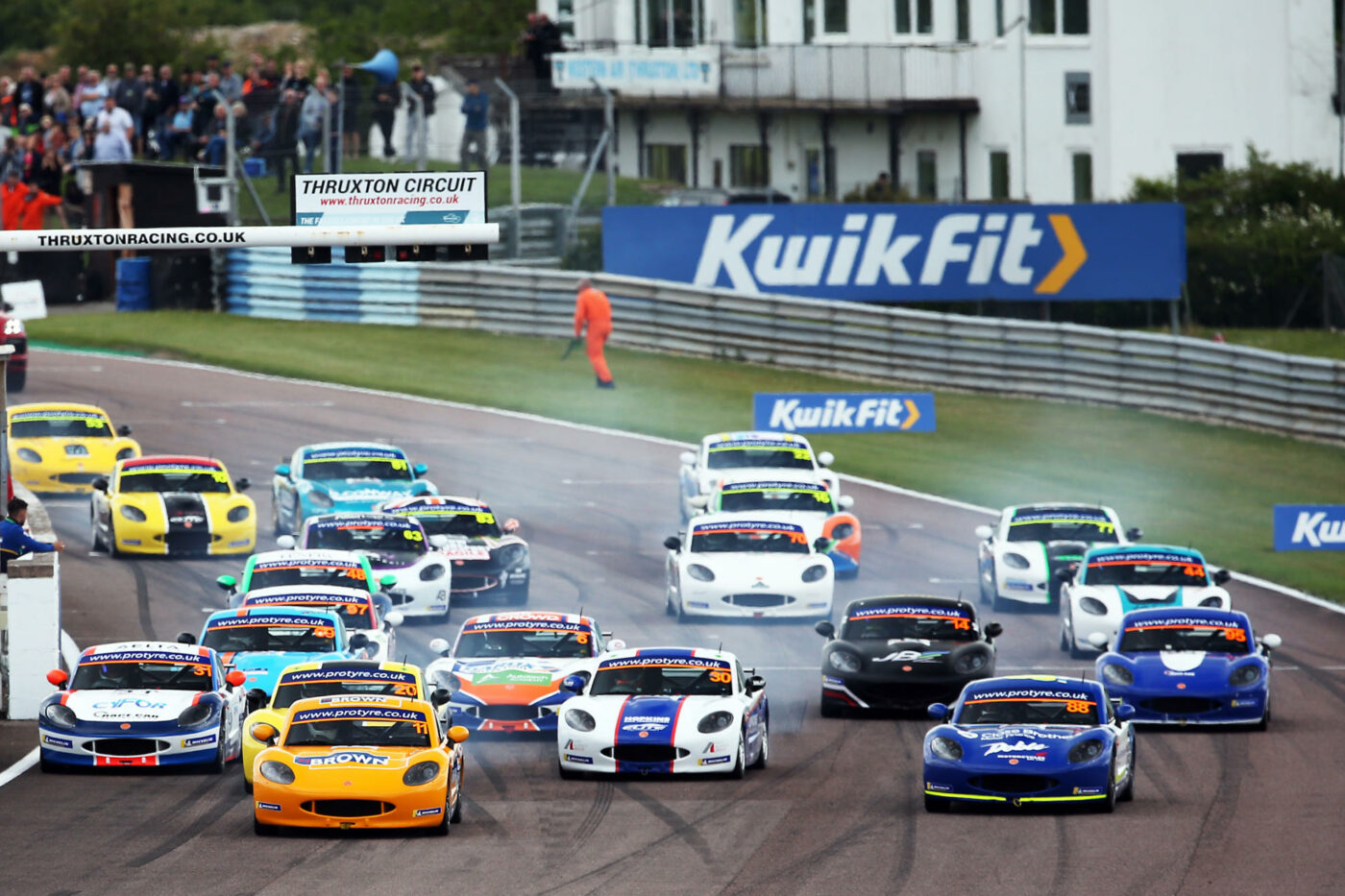 Will Jenkins heads to Croft with the championship lead in hand, having moved to the top of the standings last time out at Thruxton. A brilliant season so far has seen him record more race wins (three) and podium finishes (eight) than anyone else from the opening ten races.

It’s an Elite Motorsport one-two in the points, with a great breakthrough double race win at Thruxton moving Harley Haughton up to second. Prior to that, he’d shown his pace with double pole positions at the previous rounds at Donington Park and Silverstone.

Reigning champions Xentek Motorsport are still firmly in contention to defend their title meanwhile. Connor Grady sits third in the standings having taken a win in each of the opening two events of the season, while Mikey Doble isn’t far behind having picked up three podium results.

Ignazio Zanon (Raceway Motorsport), Kian Donaldson (Race Car Consultants) and Dave Sutton (Team Avago) have knocked on the door of the podium, each picking up a top six finish, while Sam Harvey (Xentek Motorsport) has featured in the top ten. Oliver Cottam (Alastair Rushforth Motorsport) is an exciting new name on the grid this weekend meanwhile.

In the championship’s Am class, only eight points separate Chris White (Raceway Motorsport) and Karim Sekkat (Elite Motorsport) at the top of the standings. White has won half of the races so far this year, however Sekkat has accumulated more podium finishes with eight.

Paolo Santi (Raceway Motorsport) was a race-winner at the Oulton Park opener and will be hoping to battle his way into title contention. Phil McGarty (Alastair Rushforth Motorsport) and Xentek Motorsport’s Gerson Zarpelao and Bal Sidhu have also collected silverware this season, while fellow Xentek racer Neil Finnighan is targeting a first podium result.

Live timing and results across the weekend: https://www.tsl-timing.com/event/222503