James Kellett has proven almost unstoppable in the Millers Oils Ginetta GT4 SuperCup this season and could wrap up the title with an event to spare at Silverstone this weekend. 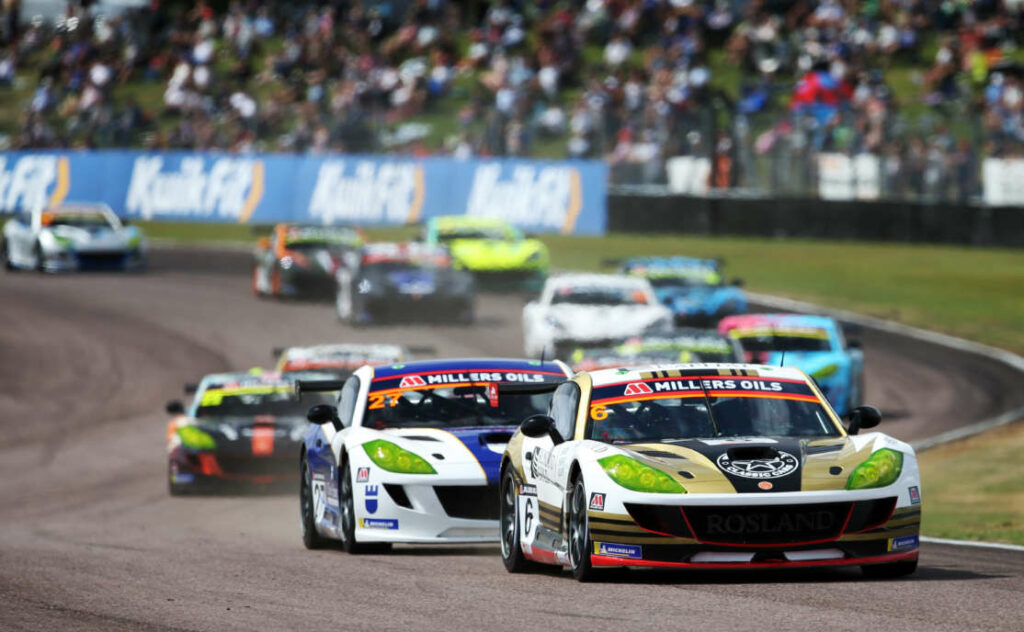 The GT4 SuperCup will race at the ‘Home of British Motor Racing’ for the first time since 2019. A bumper four-race weekend greets the teams and drivers, with Round 14, the reverse grid final race from Thruxton last month that was postponed, being added to the schedule alongside the planned triple-header.

Kellett (Rosland Gold Racing by Century Motorsport) has impressively won 11 of the 13 races contested this season, equalling the championship record for most wins in a single season and building himself a 63-point lead atop the standings.

Millar (DTO Motorsport) and Emson (Elite Motorsport) will no go down without a fight though. Millar has finished second on nine occasions this season and is determined to get on the top step of the podium this weekend, at a circuit he won at last year during his title-winning Ginetta Junior campaign.

Emson meanwhile picked up his first win of the year at Snetterton in August and ended Kellett’s perfect qualifying record with pole position last time out at Thruxton. Dawes (Century Motorsport) and Reece Somerfield (Breakell Racing) are also podium contenders in the lead G56 Pro class.

Wes Pearce (Breakell Racing) leads the way in the G56 Am standings, having picked up 12 podium finishes from 13 races so far. Darren Leung (Assetto Motorsport) is the in-form driver though, with five consecutive class victories helping him close the gap to Pearce.

Luke Reade (Wolf Motorsport) is on top in the G55 Pro category, with seven wins so far securing him a 60-point advantage. He’d need to increase that advantage to 110 by the end of the weekend to win the title early, which will be a tough ask against a competitive class entry.

Blake Angliss (Rosland Gold Racing by Century Motorsport) is his closest competiton in the points having won four times this season, while James Taylor (Team HARD) and Josh Poulain (Motus One) have taken one victory each. Conner Garlick (Xentek Motorsport) has impressed with seven podiums in the last ten races, while the experienced Nick Halstead (Fox Motorsport) is always a contender.

Consistency has been key for G55 Am leader Ian Duggan (Fox Motorsport) meanwhile, having finished off the podium only once all year. Daniel Morris (Simon Green Motorsport) outscores him by six wins to four this year, however three DNFs means he’s left leading the chasing pack.

James Townsend (Fox Motorsport) will head to Silverstone in confident mood having won a race in each of the last two meetings, while Luke Warr (Race Car Consultants) is on the hunt for a first victory to add to six podiums to date.

Live timing and results across the weekend: https://www.tsl-timing.com/event/223803