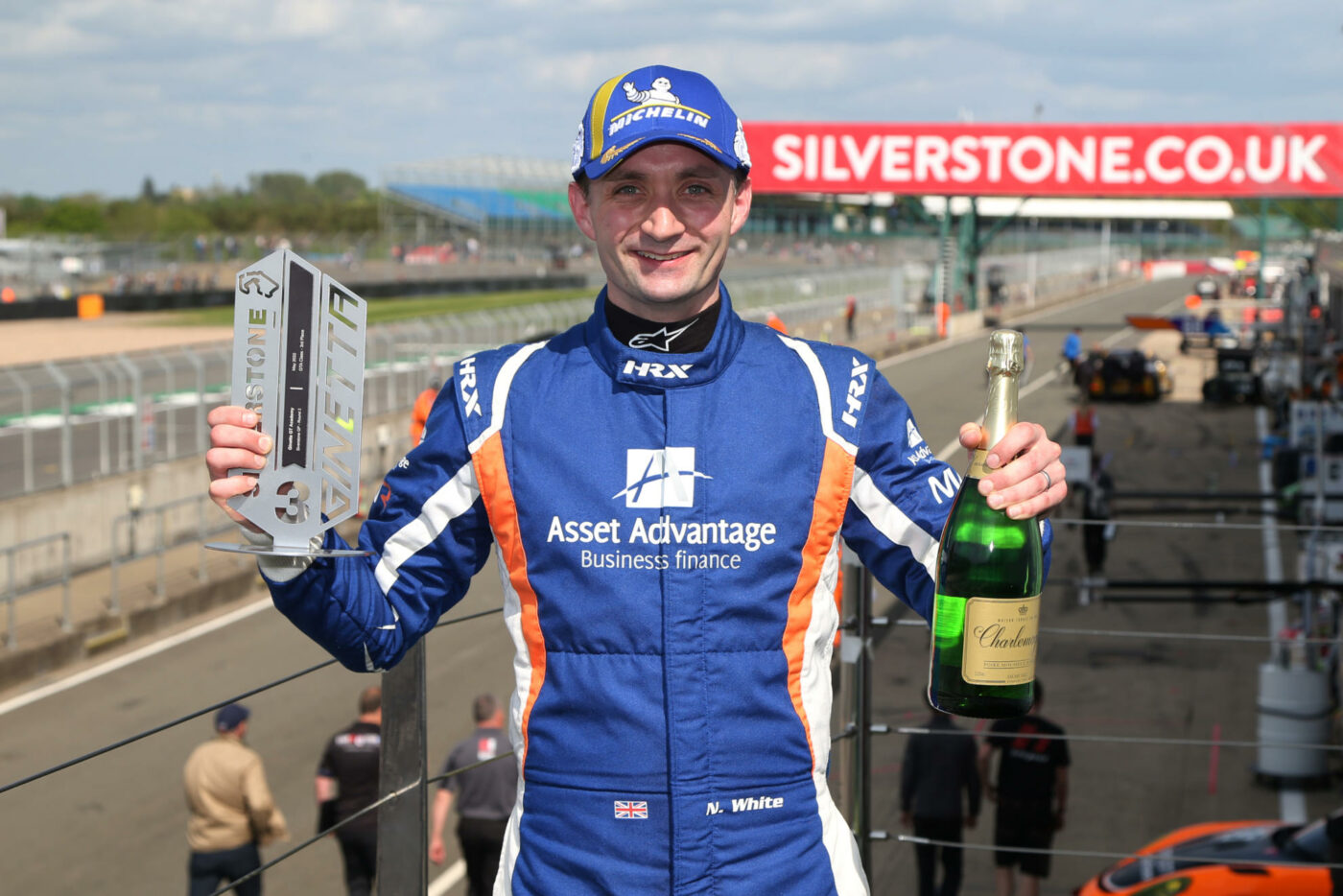 Nick White is set to join the GT Academy grid for his second season with GTA championship winning team, Raceway Motorsport. He will compete in the championship with the support of headline sponsor Asset Advantage.

Since making his Ginetta debut in 2021, Nick has climbed the ranks of the motorsport ladder from the G40 Cup into GT Academy to claim multiple podium finishes in the 2023. This season will mark his third year racing in Ginetta!

Nick White, said: “Following my debut season in the GT Academy and with the continued support from Asset Advantage I am delighted to be lining up on the GTA grid for 2023. I will be joining Raceway Motorsport and together aim to be consistently at the sharp end of the grid. Ginetta have put together a great championship and with the additional rounds and exclusive tests will be the biggest season I have competed in and can’t wait to start our pre-season testing!”

Luca Hirst and Nicole Hirst, Raceway Motorsport, Team owners said: “We are thrilled that Nick will be joining us for his third year of racing in the Ginetta Championships. Nick progressed from the Ginetta G40 Cup up to the GT Academy last season and we are excited to see what he can accomplish with us this season.”