Isle of Man TT legend John McGuinness will swap two wheels for four this weekend as he makes an exciting appearance in the Ginetta GT Academy at Brands Hatch. 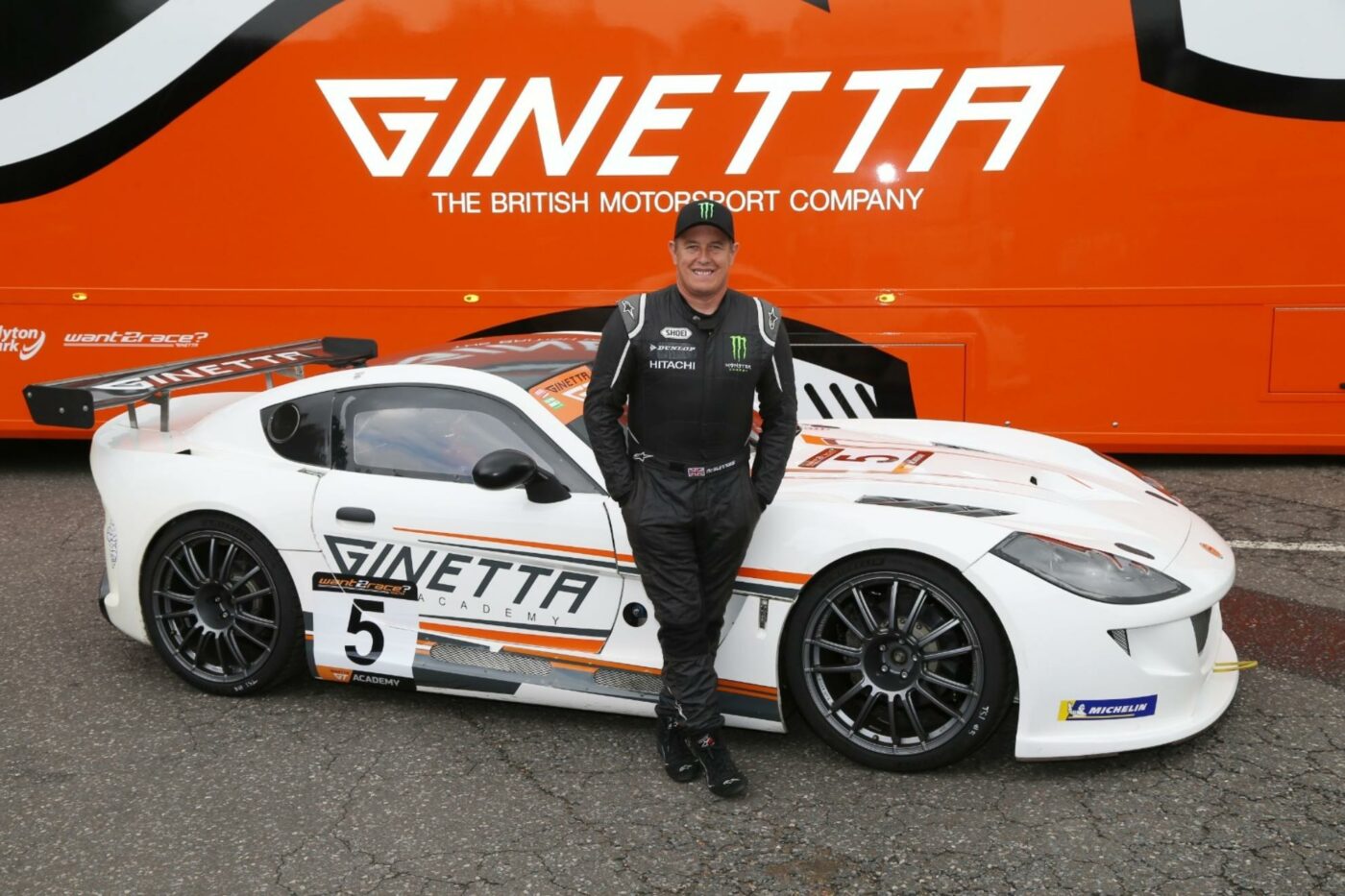 McGuinness is a current Isle of Man TT lap record holder and the second most successful rider of all time around the infamous 37.7 mile road course, recording 23 wins and 47 podium results from 100 starts.

The Morecambe based star made his four-wheel circuit racing debut last year in the Fun Cup and has contested some rallycross events in recent years. He’ll be making his GT Academy bow in a Ginetta G56 GTA prepared by W2R, as part of a bumper 30 car grid for the penultimate event of the season.

John McGuinness: “Following my car-racing debut in the Fun Cup at Donington Park last year, I’ve been chomping at the bit to keep racing on four wheels, so I’m really looking forward to this weekend.

“Lawrence [Tomlinson] very kindly invited me to Croft last August to take a spin in the GT Academy car. I knew instantly that I had to race it, and where better to do so than the iconic British track Brands Hatch.”

Mike Simpson, Ginetta Head of Motorsport: “We’re very excited to have John McGuinness joining the Ginetta GT Academy grid this weekend. He is a true legend of British motorsport and despite his inexperience with the car, we’re sure his talent and competitive spirit will shine through. We look forward to seeing how he gets on.”

You can see how John gets on by watching two Ginetta GT Academy races live on the Ginetta YouTube channel and Facebook page on Sunday. Follow our social media channels, @GinettaCars, for timings and links.