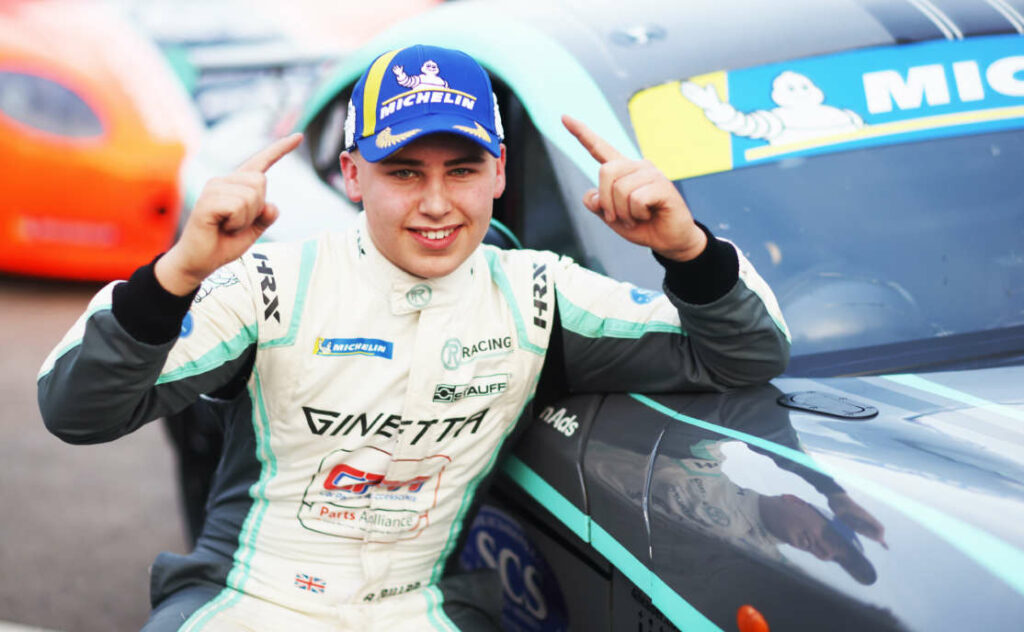 Millar graduates to the GT4 SuperCup off the back of a sensational season in the Juniors. Remarkable consistency saw him finish 24 of the 25 races inside the top six, with seven race victories ultimately securing him a maiden Ginetta title on the finale weekend.

The 17 year old now enters the 2022 campaign with the ambition of following in the footsteps of Tom Ingram, Charlie Robertson and Adam Smalley to become only the fourth driver ever to win both the Junior and GT4 SuperCup titles – and the first to do so in consecutive years.

Aston Millar: “I’m really excited to be a part of a strong team like DTO. I think it’s going to be a great year for us all and hopefully we can get some amazing results.

“I’ve done an initial day in the G56 and it’s similar to drive to the Junior, but with a lot more power and on slicks, so that’s exciting. The initial test day in the G56 went well and I’m looking forward to getting more time in the new car before the season starts.”

Eddy Hall, DTO Motorsport Head of Engineering: “2022 is going to be a good year for DTO. The experience amongst this “new” team is as accomplished as our competition, so I am confident of good results. With Aston’s natural ability behind the wheel, this season is going to be exciting.”

The Millers Oils Ginetta GT4 SuperCup is Ginetta’s flagship championship. In 2022, the series will be contested over seven race weekends in support of the British Touring Car Championship, with a major change seeing the introduction of the Ginetta G56 GT4 as the lead car.