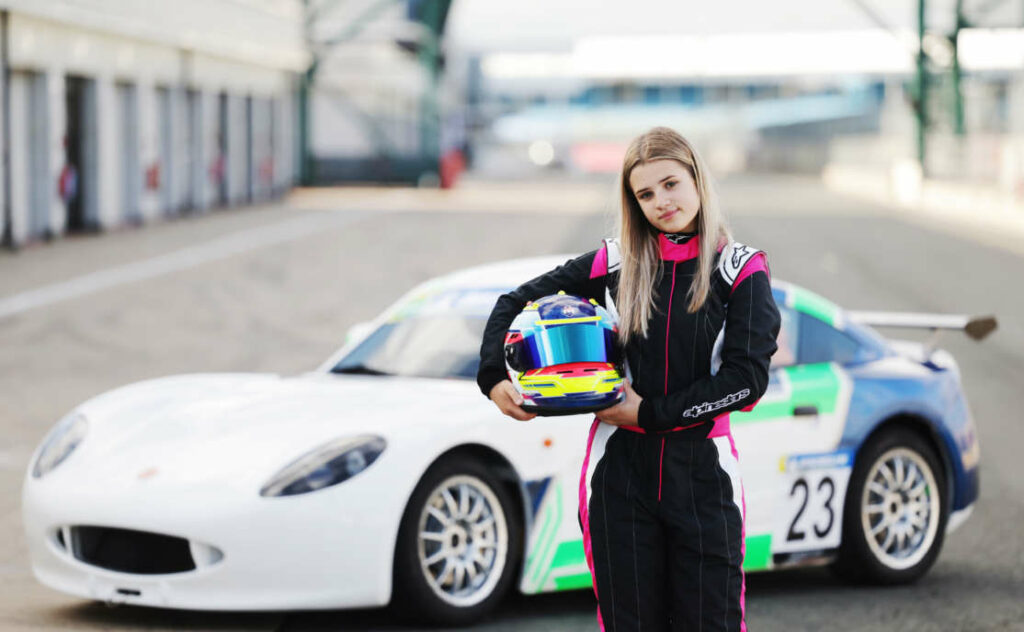 Holly, 15, who is stepping up from karting to take on her maiden season of car racing, joins fellow newcomer Harry Moss, whose participation was announced last month.

Since finishing fifth overall in the BKC Honda Cadet Kart Championship in 2019 she has progressed through Mini Max to Junior Rotax and competed in the British Championship in the latter category in 2022.

Fox Motorsport has been one of the star performers in Ginetta Juniors over the past two seasons. Liam McNeilly finished as the runner-up in both the main championship and the Winter Series in 2021 and added third in the overall points this year ahead of his graduation to the team’s new GB4 line-up.

Maurice Henry also became a race winner in 2022 while Sid Smith was a multiple podium-finisher in the Rookie category during last November’s Winter Series.

The 2023 Ginetta Junior Championship begins at Oulton Park on April 8-10 with pre-season testing due to get underway within the next month.

Holly Miall said: “I’m really excited to be stepping up to the Ginetta Junior Championship with Fox Motorsport this year. They’ve become one of the top teams over the past couple of seasons and I’m sure it will be a good environment to learn in and keep moving forwards. I tested a Ginetta Junior a year ago, but it never quite seemed in reach, so I stayed in karting, but making the final of the Ginetta Junior Scholarship last November made me realise that racing in the series was an achievable goal. To now have our programme confirmed is just brilliant. Testing is set to start later this month and until then I’ll be stepping up my sim training and my physical preparation to make sure I’m as ready as I possibly can be to hit the ground running.”

Paul McNeilly, Team Principal, said: “It’s fantastic to have a second car confirmed for the season with a driver with as much potential as Holly to drive it. Having two rookies in the line-up means it’s going to be a very different-looking season to 2022, but the team’s extremely experienced at helping young racers develop their skills behind the wheel and with the telemetry between sessions. We’ve done this over the past couple of years and turned our only two full-time Ginetta Junior drivers into race winners. I’m extremely confident that we’ll see Holly make big gains on the far more experienced drivers as the season progresses. I’m sure she can turn a few heads with what she’s capable of.”