The Ginetta G40 Cup will have a new home for 2022 as it becomes a class within the Britcar Trophy. 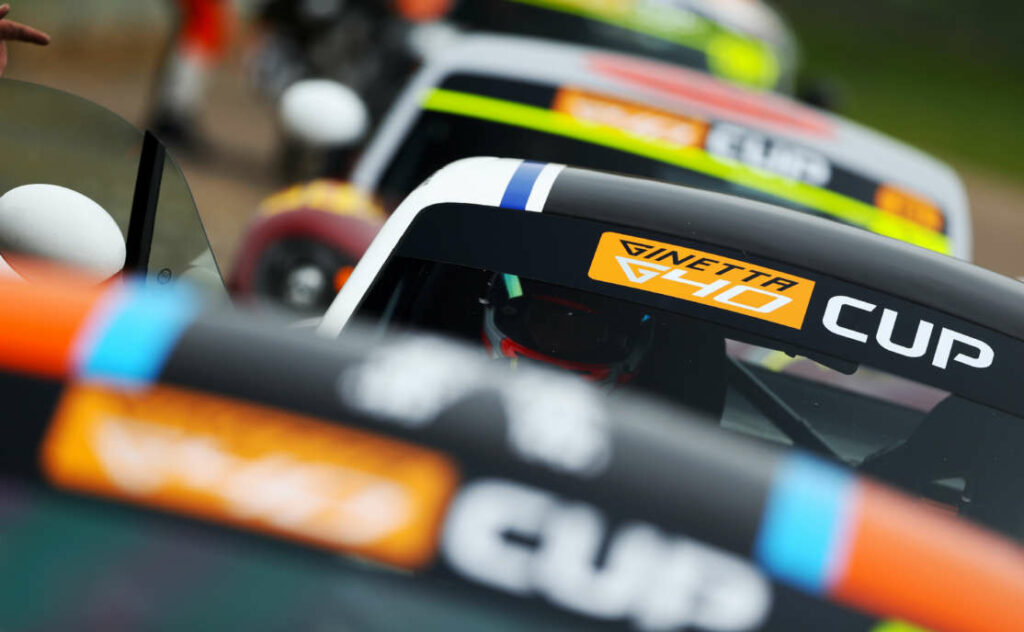 The ‘Ginetta G40 Cup Trophy’ will give drivers the opportunity to enjoy one-make Ginetta endurance racing for the first time, with the Britcar Trophy predominantly running single-day events that feature a 20 minute qualifying session and a pair of 50 minute races.

An initial trial season in 2022 will see the ‘Ginetta G40 Cup Trophy’ have ten slots on the Britcar grid, with scope to increase that number into the following season and beyond. There will be an age limit for drivers of 30 years and older, though younger first-time racers can request entry.

The championship will be licensed by Ginetta and operated by Andy Johnson at SVG Motorsport, who has a wealth of experience in Ginetta racing and running championships. Ginetta will be providing parts support at all events.

After running as a standalone championship for six seasons, the G40 Cup merged onto the Protyre Motorsport Ginetta GT5 Challenge grid this year. The change for 2022 means the GT5 Challenge will return to having a standalone grid for the GT5 specification Ginetta G40’s.

Andy Johnson – SVG Motorsport: “We’re very excited by this new class for 2022. Having run a Ginetta G40 within the Britcar Trophy in recent years, we know it’s a fantastic platform for drivers to enjoy some great racing.

“One of our key aims is to create a really enjoyable atmosphere to go racing in. We’ll be encouraging entrants to book the same hotels on the Saturday night and enjoy dinners together, to create a camaraderie that will hopefully lead to close, clean and respectful racing on track.

“The single day race events are a convenient way to go racing and help reduce the costs for the competitors, which is aided further by them only needing one set of tyres per event. We’re confident of filling our grid slots for next season and seeing the class expand into 2023 and beyond.”

Ashley Gallagher – Ginetta Motorsport Manager: “This is an exciting new avenue for the Ginetta G40 Cup heading into 2022, moving into endurance racing on a cost-effective platform. Under the stewardship of Andy Johnson at SVG Motorsport, the series is in great hands and we’re looking forward to seeing the grid line-up next year.”

Drivers or teams interested in competing in the 2022 Ginetta G40 Cup Trophy should get in touch with Andy Johnson at SVG Motorsport: andy@svgmotorsport.com and 07860 473512.