Ginetta are delighted to unveil the provisional 2023 calendar for the Ginetta Junior Championship, GT Academy and GT Championship. 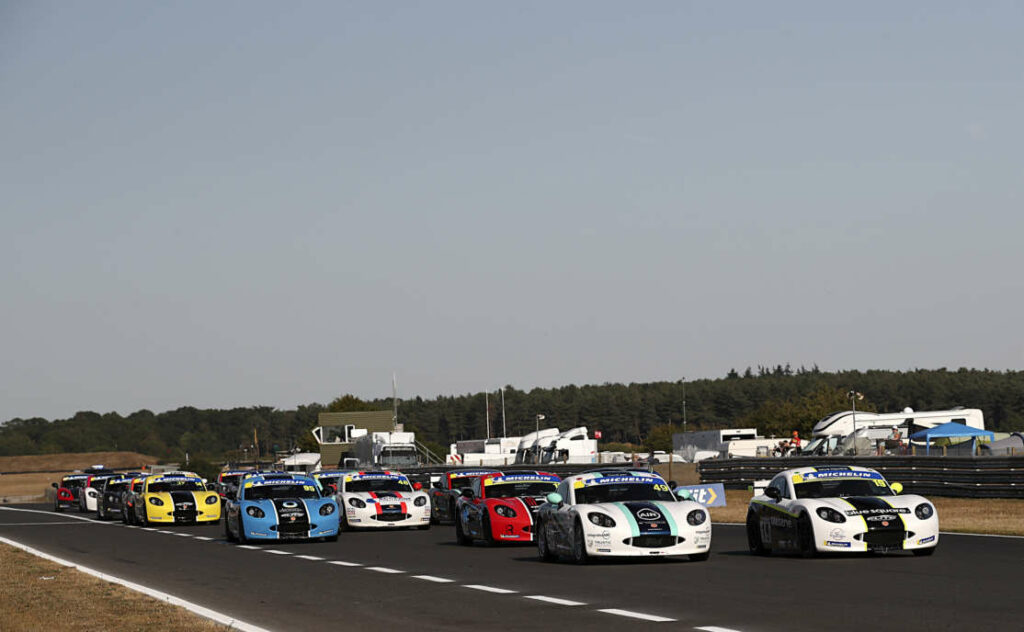 Ginetta enters a new era next season as it begins its new three-year partnership with the global leader in GT racing, SRO Motorsports Group. The new deal sees all three of the manufacturer’s championships racing under one package alongside the Intelligent Money British GT Championship.

As well as racing alongside British GT at all six of its UK rounds, visiting Oulton Park, Silverstone, Donington Park, Snetterton and Brands Hatch, the 2023 calendar also features Cadwell Park and the first year of ‘G Fest’ at Silverstone.

The Ginetta run ‘G Fest’ will take place over four days from 1st – 4th June and commemorate 65 years of Ginetta with racing, music, food and entertainment. The racing will take place on both the full Grand Prix and shorter National layouts across the event. The Cadwell Park meeting meanwhile will see Ginetta racing return to the Lincolnshire circuit for the first time in over a decade.

The 2023 calendar presents an exciting new-look schedule for the Junior Championship in particular, with the championship set to race on both the Silverstone and Donington Park Grand Prix circuits for the first time in its 17-year history.

Juniors will race on the Oulton Park International layout for only the second time ever too, following one previous appearance back in 2014, while the GT Academy will enjoy its first outing on the longer circuit in Cheshire.

All eight events will be triple-headers for the Juniors, resulting in a 24 race schedule, while the GT Academy and new-for-2023 GT Championship will be contested over 23 races, with a double-header for both during British GT’s prestigious Silverstone 500 event in May.

Steph Bush – Ginetta Championships Manager: “2023 is shaping up to be a very exciting year for Ginetta as we embark on our new partnership with SRO Motorsports Group, and we’re delighted to be unveiling a great calendar of racing for the season ahead.

“The 2023 schedule brings together a fantastic variety of circuits and layouts for the three championships, with a mix-up of the calendar bringing with it new opportunities for our teams and drivers to tackle configurations they may not have raced on before.

“Racing alongside the British GT Championship will provide a fantastic platform for our entrants, while we have big plans for our G Fest event and look forward to announcing more details on that in due course.”