British GT podium finisher, Freddie Tomlinson has confirmed to return to the championship next season, reunited with Raceway Motorsport. 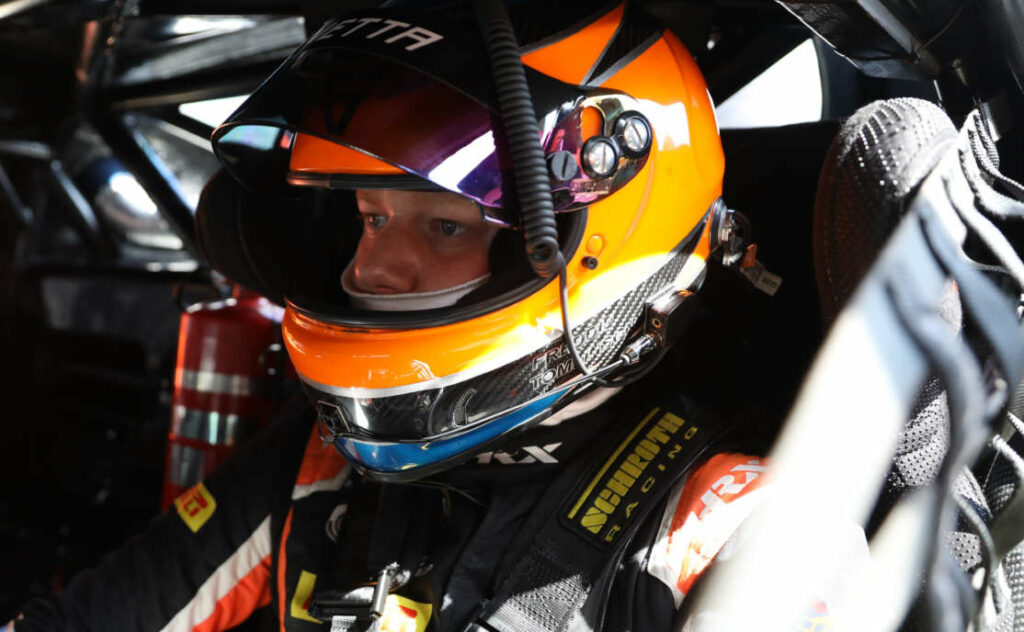 Freddie Tomlinson is announced as the second Ginetta driver to confirm his 2023 British GT entry. At just 18 years old, Freddie Tomlinson will re-join the grid for his second season of racing in a Ginetta G56 GT4 race car.

The former Ginetta junior driver will be supported by Raceway Motorsport for the second time in his motor racing career. Team owners, Nicole and Luca Hirst have been a vital part of Tomlinson’s motorsport career, supporting the driver in his progression from Karting to cars.

Raceway Motorsport are set to make their mark on the grid in 2023 as they announce Freddie as their second British driver and Ginetta GT56 GT4 car entry of the season.

Team Principal, Raceway Motorsport, Luca Hirst said: “We are delighted to be working with Freddie Tomlinson in 2023. Having supported Freddie in his early years of karting, it has been great to see him go on to progress through the Ginetta motorsport ladder over recent years.”

“After his successful debut season in GT4 this year, it will be great to work with him in his second year of GT racing with the wealth of experience he gained this season. We are eager to get the 2023 test program underway on both our Ginetta G56 GT4 cars and start racing in April on the UK’s premier GT championship, British GT.”