Fox Motorsport are delighted to confirm a fourth consecutive Ginetta Junior Championship campaign with Harry Moss the first driver announced for the 2023 season. 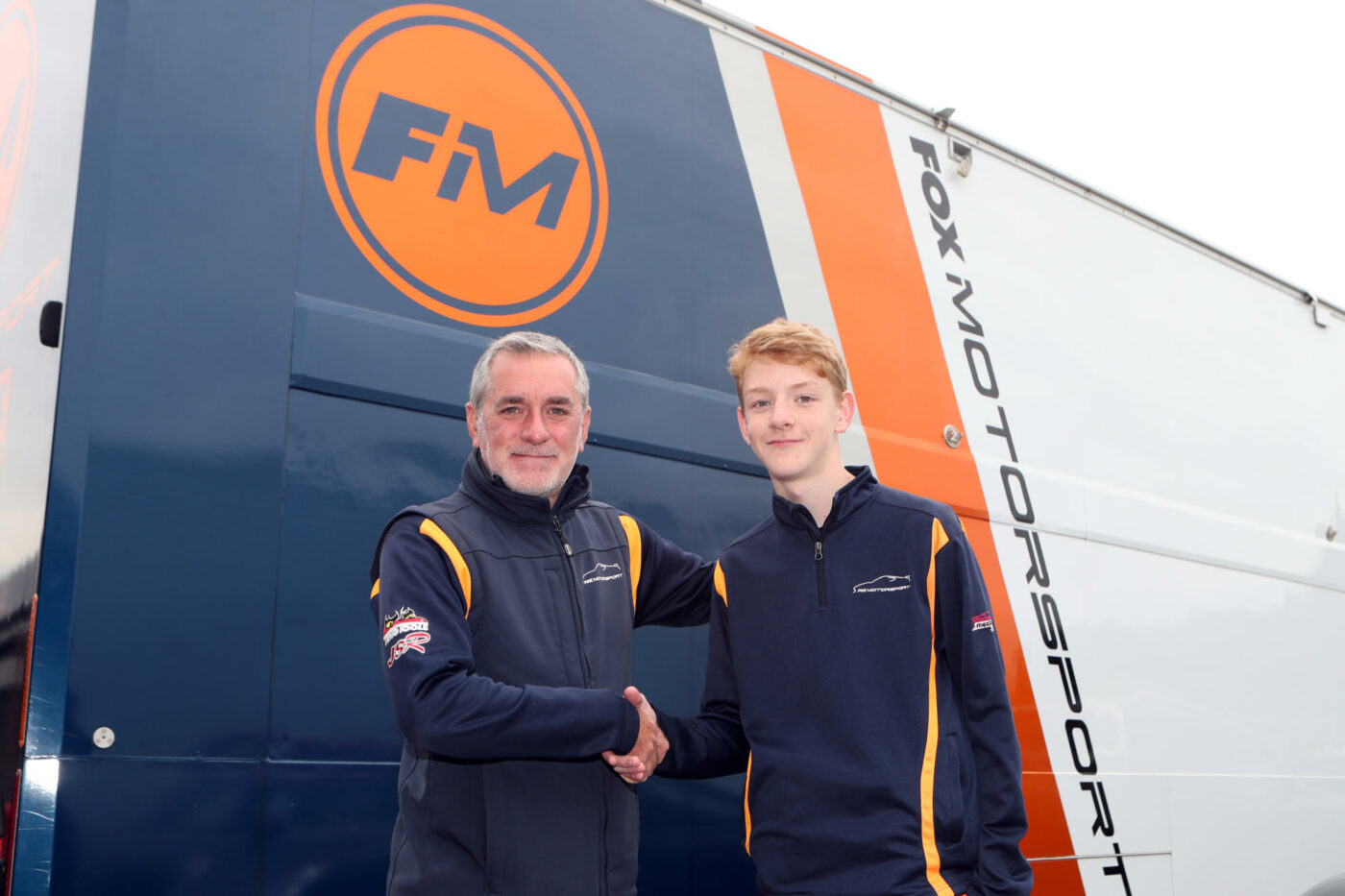 The team from Maldon, Essex, enjoyed their season to date in the series this year by winning races with multiple drivers for the first time and scoring nine podium finishes to rank third in the entrants’ standings with a best-ever points haul.

A new-look, multi-car line-up, featuring newcomer Harry, will contest the series, which becomes a British GT Championship support category for the first time, this year.

Harry made his car-racing debut with Fox in November’s Ginetta Junior Winter Series at Brands Hatch; scoring a best finish of 10th in the Rookie category despite entering the event with only limited experience in go-kart competition.

Racing runs in the family for the 14-year-old, whose father Nick finished as runner-up in the International GT Open this year, and he has proven his potential already by getting up-to-speed with a thorough testing programme with Fox since the summer.

Fox Motorsport has been one of the star performers in Ginetta Juniors over the past two seasons. Liam McNeilly finished as the runner-up in both the main championship and the Winter Series in 2021 and added third in the overall points this year ahead of his graduation to the team’s new GB4 line-up.

Maurice Henry also became a race winner in 2022 while Sid Smith was a multiple podium-finisher in the Rookie category as team-mate to Harry during last month’s Winter Series.

The new season begins at Oulton Park on April 8-10.

Harry Moss said: “It feels great to be heading into my first season of racing. I’ve never even done a full season of karting so this really is a new experience for me. The Winter Series was fantastic. I’d had a fair bit of testing in the Ginetta Junior from the summer onwards, but being able to race wheel-to-wheel on a busy weekend, with quite small gaps between sessions, taught me so much. I feel so much more aware of what’s needed to succeed now, and a lot more confident in my ability to do it. We have a well-thought-out testing programme between now and the start of the season and I just can’t wait to get stuck in.”

Paul McNeilly, Fox Motorsport, Team Principal, said: “We’re extremely excited to head into a new season of Ginetta Junior racing with what will be a new-look line-up. Harry’s been testing with us since the summer and for a young racer with virtually no history in karting, he’s done a very good job to come from almost Square One to a situation where he was in the top 10 rookies in the Winter Series against drivers with five or more years of high-level karting. His rate of progress is only going to continue as we continue our testing programme through to the start of the new season and I’m sure he can turn a few heads with what he’s capable of.”