Techno First secured a first ever victory for a Ginetta in Japan last weekend (03/04 September), taking a class win in the Motegi Super Taikyu 5 Hours race. 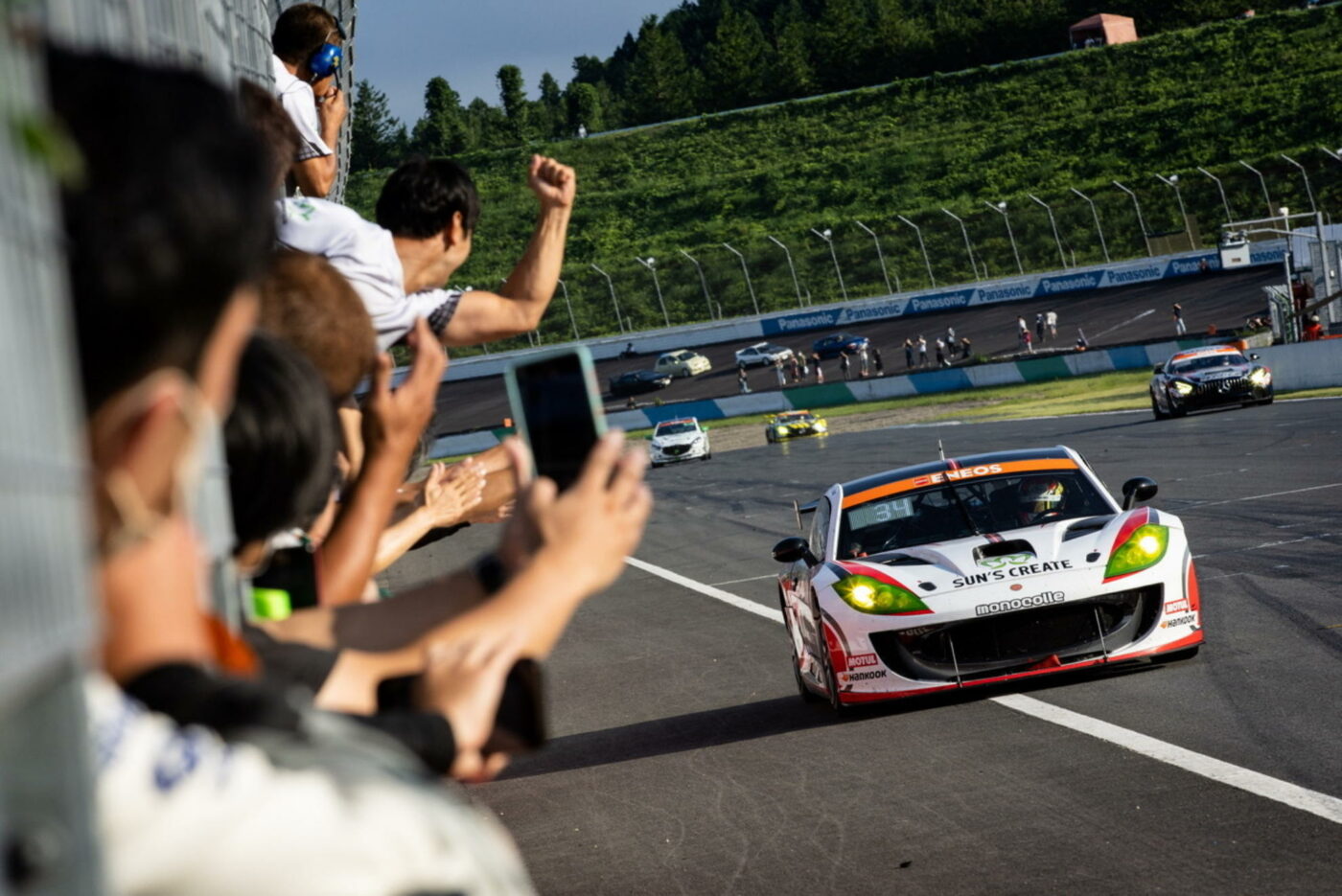 The #34 Techno First / SUN’s / Monocolle Ginetta G55 GT4, driven by Masaki Kano, Kazuki Oki and Hironobu Yasuda, won the ST-Z class in the championship for the first time. They had previously taken a maiden pole position at Autopolis earlier in the season.

This latest success further cements the Ginetta G55 as one of the most successful GT4 cars ever made, with Japan now added to a long list of countries the car has won in.

Mike Simpson, Ginetta Head of Motorsport: “We’re delighted that the Ginetta G55 GT4 is continuing to achieve international success. The car has been taken to race wins and championships in numerous countries, and it’s great to see a first win in Japan.

“Congratulations to the Techno First team on their victory at Motegi and we wish them all the best for future success.”