Peter Wiborg and Hampus Rydman took a win each during a dramatic third round of the 2022 Swedish Ginetta GT5 Challenge at Falkenberg this past weekend (09/10 July). 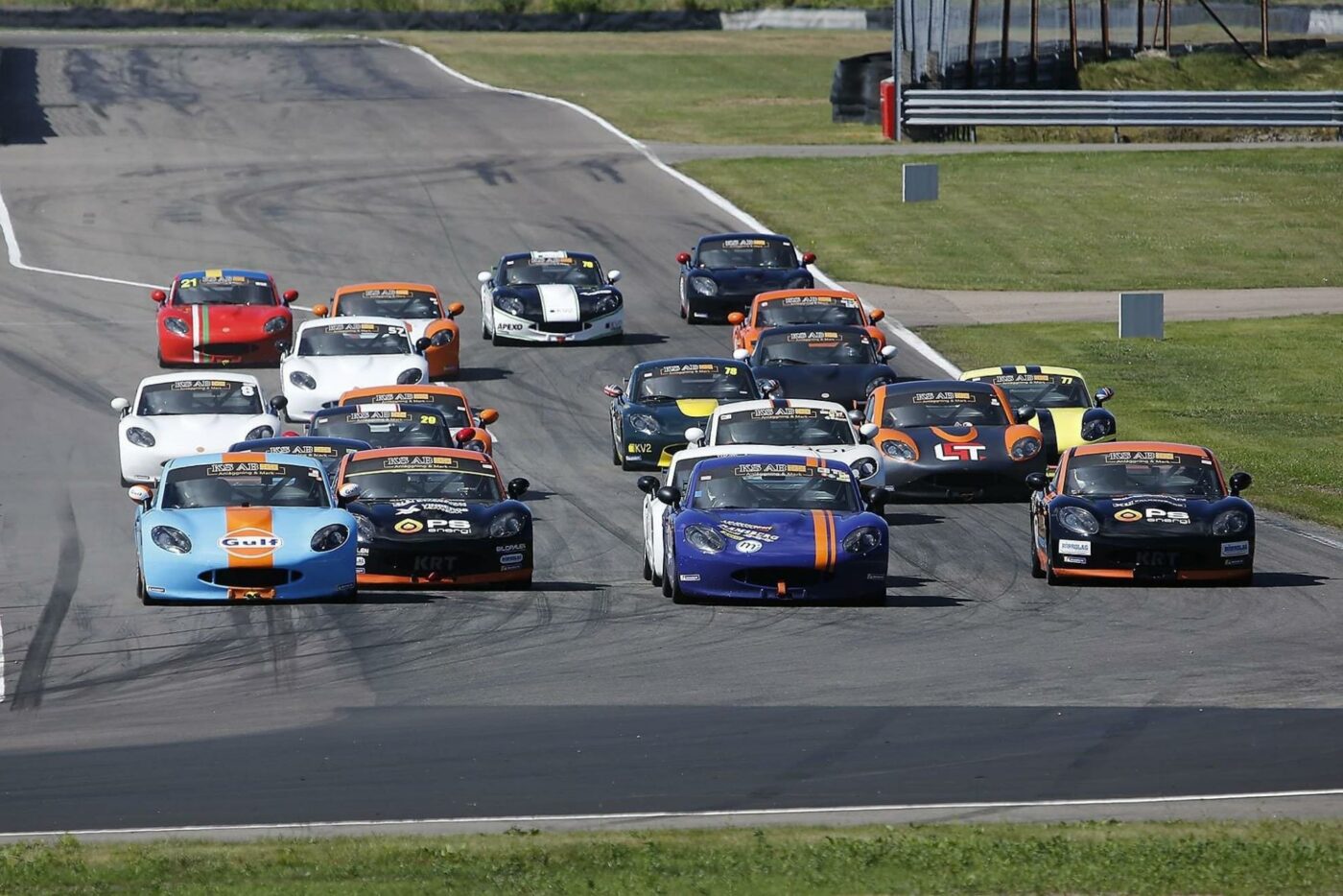 Reigning champion Hampus Rydman headed into the event with three wins in the opening four races of the season. He kicked off the latest weekend of racing in perfect fashion, taking pole position by three tenths of a second from Jesper Ramsberg.

Rydman went on to dominate the opening race and led through to what he thought was the race finish. He celebrated and pulled off circuit one lap early though in a confusing finish, opening the door for a first win of the season for Peter Wiborg.

Senior class winner Niklas Kristiansson and Kevin Blomberg ended up completing the overall podium, benefitting from both Rydman’s mishap and an early retirement for front-row starter Ramsberg, with Alexzander Kristiansson in fourth.

Rydman led an exciting battle for the lead in the early stages of race two, before an off track excursion cost him three places. The five-time Ginetta champion fought back superbly though and grabbed his fourth win of the season on the final lap from Blomberg.

As just 2.7 seconds separated the top seven cars at the chequered flag, Ramsberg bounced back from his race one disappointment to complete the podium. Niklas Kristiansson doubled up in the Senior class, finishing fifth overall behind Wiborg.

The 2022 season continues in three weeks’ time (30/31 July) with a first visit of the season to the Kinnekulle Ring.