Toro Verde will field a Ginetta G56 GT4 to undertake a full season campaign in the GT4 category. 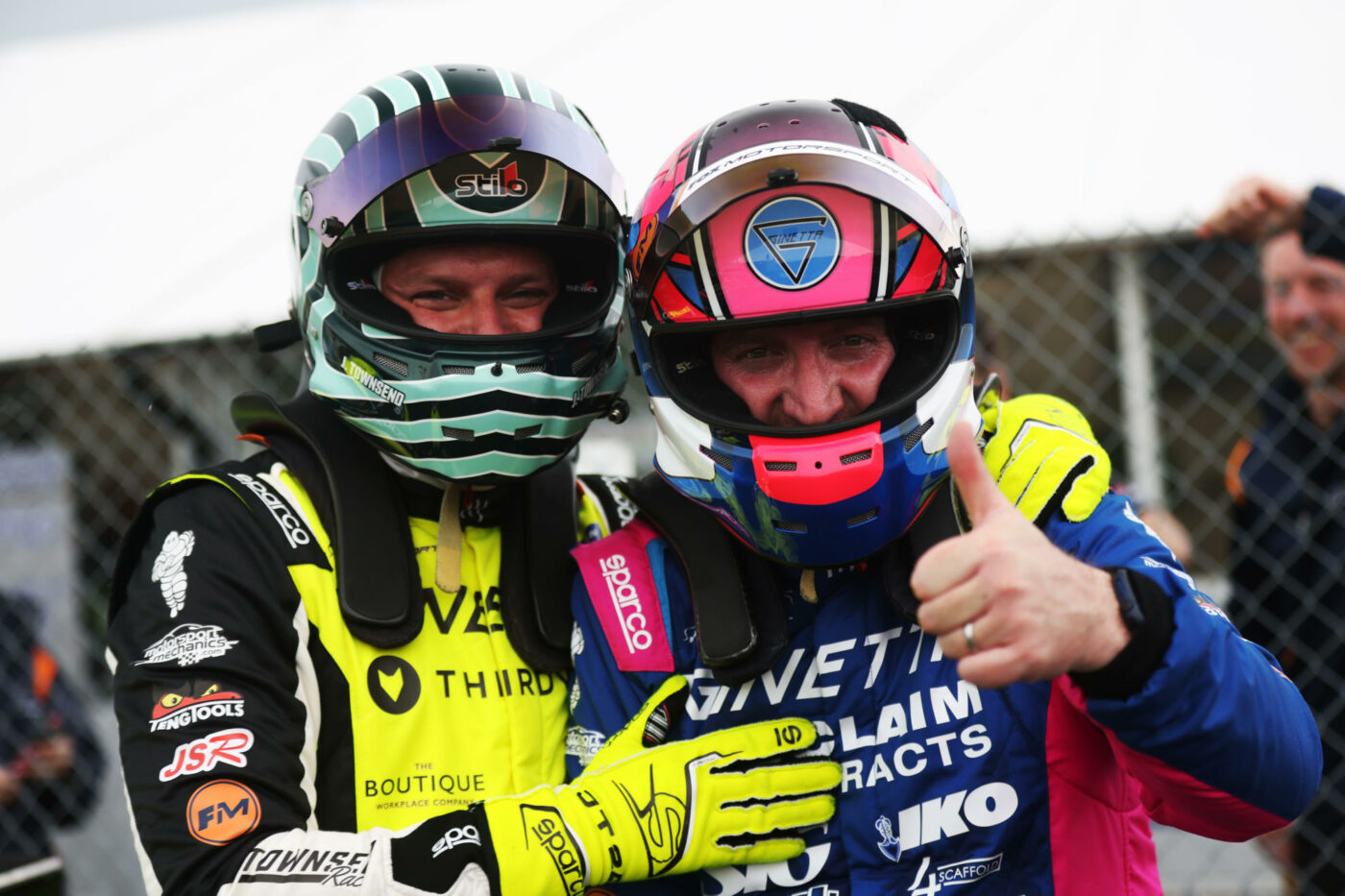 The car will be piloted by experienced Ginetta racers James Townsend and Ian Duggan. It will mark both drivers’ introduction to the championship, having previously both raced together in GT Cup and most recently against each other in the Ginetta SuperCup.

Ian, from Hockley, Essex, has enjoyed a rapid rise through the ranks since making his race debut in a G40 in 2018. The following year he competed in the G40 Cup and was a race winner in the Chairman’s Cup class, on his way to finishing third in the points.

He then dominated the AM division of the Ginetta GT5 Challenge in his rookie season, winning eight times, finishing on the podium in every one of the 14 races and clinching the title in front of a live ITV4 audience of nearly a million people. In 2021 Ian picked up multiple podium finishes in GT Cup partnering with James as they both made their endurance racing debut, but it was 2022 where he really made his mark on a national level. Four wins and 17 podiums over the 20-race season in the Ginetta GT4 SuperCup lead Ian to the AM class title and his second Ginetta Championship in three years.

Ipswich-born James began racing one year earlier than Ian but followed a near-identical route up the motorsport ladder progressing up to the GT5 Challenge in which he was a race winner in successive seasons narrowly missing out on the AM class title in 2019.

For 2020 he graduated to the British Touring Car Championship’s fastest support series, the Porsche Carrera Cup GB where he secured multiple class podiums in a rookie season disrupted by the global pandemic. In 2021 James teamed up with Ian to compete in GT Cup, securing a class win and 11 podiums over the seven rounds. Last season the two team mates went head-to-head in the Ginetta SuperCup, with James securing five class wins, 12 podiums, three pole positions and two fastest laps. His season ending on a high, securing class pole and qualifying a record fifth overall, the highest position an AM driver has ever qualified in the history of SuperCup. He then followed this up by winning all three races to finish third in the championship.

Toro Verde GT made its debut in 2021 in both European and British competition competing in GT2 European Series, Lamborghini Super Trofeo Europe and the Ginetta GT5 Challenge. In 2022 under the stewardship of experienced racer, engineer and team manager Julian Westwood the team joined the Porsche Carrera Cup GB grid with a four-car entry, alongside racing in the Ginetta GT Academy. 2023 will mark the team’s debut in the British GT Championship which will run concurrently with their continued programme in the Porsche Carrera Cup GB.

James Townsend, said: “The opening weekend at Oulton Park will mark my 100th career race start, 90% of which have been in Ginetta machinery. Being able to make my debut in The British GT Championship in the G56 proves the success of Ginetta’s motorsport ladder. I’ve really enjoyed my experience to date predominately in sprint racing but my ultimate ambition remains to compete at the highest level of endurance racing – working with Toro Verde and entering British GT with Ginetta feels like the perfect next step”

Ian Duggan, said: “Racing with Ginetta has given me a national platform to hone my skills and improve my race craft over the past five years, having had success in two very competitive championships I’m now excited to step up to compete in British GT and test my ability. James and I have continually pushed each other to improve – something I’m looking forward to continuing this season. With the support and GT experience of Toro Verde I’m sure we can be competitive and challenge for wins.”

Julian Westwood, Toro Verde Team Principal, said:  “We’re excited to enter The British GT Championship. We had the pleasure of welcoming James to the team at the end of last year making his debut at the Gulf 12 hrs in Abu Dhabi and were immediately impressed by his professional approach and how quickly he got up to speed with a new car. With Ian we have a proven AM champion in multiple championships who has shown excellent pace and consistency – despite technically being an AM/AM pairing and somewhat the underdogs, I believe, we’ll be the surprise package this year.”

Mike Simpson, Ginetta, Motorsport Director: “We are thrilled to see Toro Verde step up from our Ginetta GTA Championship into British GT with two of our race winning G55 Supercup AM drivers James and Ian behind the wheel. Their friendship and great commandry are infectious in the Ginetta paddock, and they will be a welcomed addition to the British GT grid. GT4 traditionally has been a proving ground for a ‘younger’ career focused driver, but Ginetta are proud to be working with pure enthusiasts who will bring a new level of competition to British GT4 and I am confident they will surprise a fair few of their competitors.”

Ginetta enters a new era in 2023 with the pledge to support the progression of all drivers. Under the partnership of SRO, an additional number of GT4 entries into British GT will welcome fellow Ginetta graduates, new racing drivers and existing customers who own G56 GT4 cars to compete in the prestigious racing series.