At least 12 Ginetta’s are set to be on the grid as the 2022 Britcar Trophy season gets underway this weekend at Silverstone. 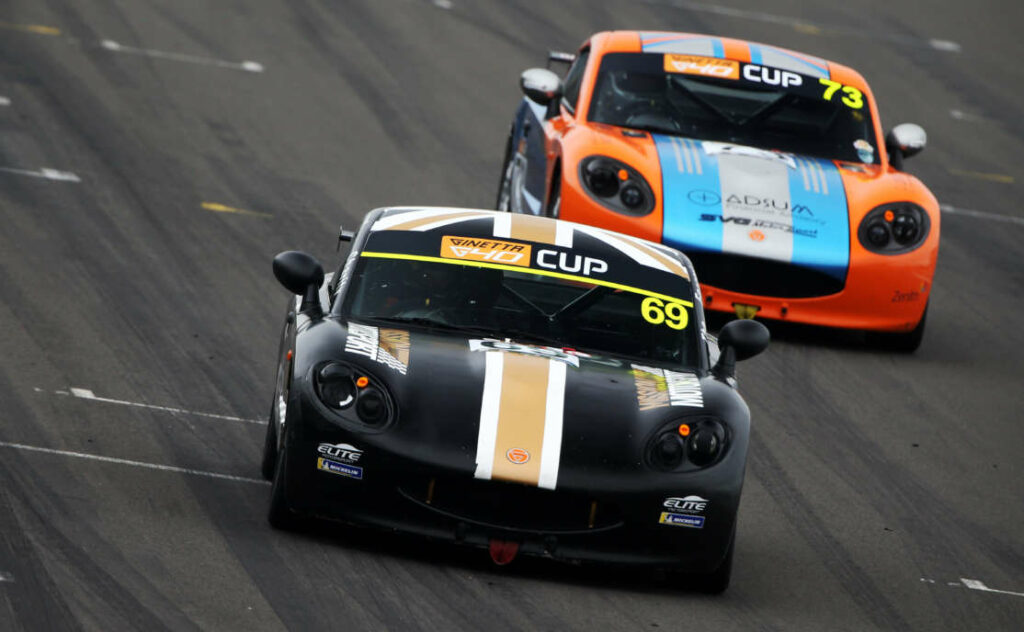 The Britcar Trophy is the new home for the Ginetta G40 Cup this season, offering drivers the opportunity to enjoy one-make Ginetta endurance racing for the first time. The opening rounds will take place on the world-famous Silverstone Grand Prix circuit.

A seven strong entry for the ‘Ginetta G40 Cup Trophy’ opener features a number of drivers who have competed in the G40 Cup in recent years. Amongst those are SVG Motorsport’s Peter Dilnot and Stephen Moore, who both stood on the class podium last year.

Reigning G40 Cup champions Raceway Motorsport are set to run Brenden Haffner, a 12 time Am class podium finisher last season, through the 2022 campaign. He’s unable to contest the opening round though, so team boss Luca Hirst will share a car with GT5 Challenge racer Chris White.

Completing the class entry is Simon Green Motorsport, who are running Richard Durham at the season opener. The former BRSCC Ford Fiesta front-runner makes a return to racing after last competing back in 2016.

There will be two other Ginetta G40 cars on the grid, each running to GT5 specification. Britcar regulars Peter Spano and Andrew Bentley will continue with SVG, while experienced Ginetta duo Mark and Luke Davenport will race with Reflex Racing.

Five Ginetta G56 GTA’s will be competing in the headline Class 1 meanwhile. An Assetto Motorsport entry will see team boss Jim Edwards contest only his second race event in 12 years as he partners with 2021 GT Academy racer Julian Wantling.

Axel van Nederveen and Datum Motorsport are back on the Britcar grid, having delivered the G56 GTA’s maiden race wins in UK endurance racing with a double victory in the championship at Silverstone last July. Motus One are also entering a G56 for Sebastien Dubois.

SVG Motorsport will be running a pair of G56’s meanwhile. Mark Lee was a front-runner in Britcar last season and will share his car with 2021 GT5 Challenge racer Owen Hizzey, while Neil Wallace will move across from the GT Academy to race alongside Ian Astley.

The single day event on the Silverstone Grand Prix circuit will incorporate one 20 minute qualifying and two 50 minute races. The event can be followed with live timing at tsl-timing.com and live streaming on the BARC’s Facebook page and YouTube channel.

Drivers or teams interested in competing in the 2022 Ginetta G40 Cup Trophy should get in touch with Andy Johnson at SVG Motorsport: andy@svgmotorsport.com and 07860 473512.