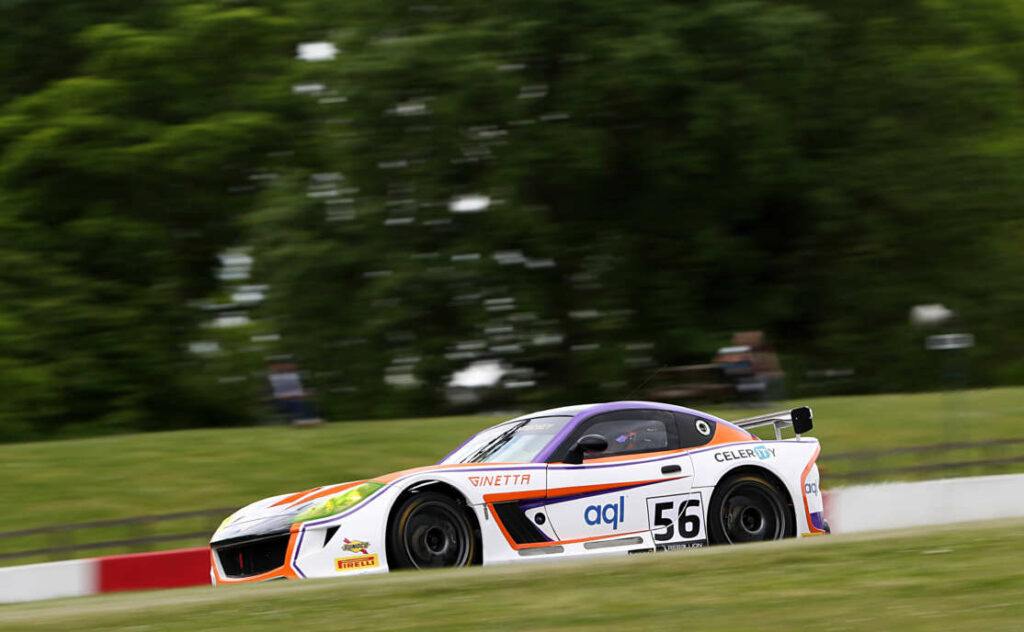 The hugely experienced Ginetta team have campaigned a G56 GT4 in the championship since the beginning of the 2021 season. This year it has been piloted by young guns Freddie Tomlinson and Joe Wheeler, both of whom graduated from the Michelin Ginetta Junior Championship.

The addition of a second G56 GT4 comes off the back of a fantastic maiden win for the model at the Silverstone Classic last month. It was Freddie Tomlinson himself who took the win in the Masters GT4 Classic Silverstone Challenge event.

Getting behind the wheel of the new British GT entry on the world-famous Brands Hatch Grand Prix circuit this weekend will be Ginetta factory driver Charlie Robertson and current Millers Oils Ginetta GT4 SuperCup star Darren Leung in a Pro-Am class entry.

While Robertson has previous British GT experience, it will be a series debut for Leung. It continues his fantastic career progression with Ginetta, having enjoyed his maiden car-racing campaign in the GT Academy just last year and now being an eight-time G56 Am class race-winner in the GT4 SuperCup this season.

Robertson and Leung are no strangers to being team-mates either, having teamed up to compete in the Championnat de France FFSA GT at Spa-Francorchamps back in July.

Darren Leung: “This is the most logical way to begin my British GT adventure. The G56 is ostensibly the same as I’ve been racing all year and I know the guys at Assetto are going to deliver a great car at a track where Charlie very nearly won with it last season.

“In an ideal world I’d like to be in amongst the other Am drivers and Pro-Am crews as a whole but I’m also not putting any pressure on myself. Brands is all about finding my feet at this level.”

Charlie Robertson, Ginetta Factory Driver: “We’re delighted to be increasing the Ginetta presence on the British GT grid at Brands Hatch. We’ve shown over the last couple of years that the G56 GT4 is a very competitive package and we’ll be aiming to score some strong results this weekend.

“I’ve worked closely with Darren since he made his racing debut in the GT Academy last year and have been hugely impressed with his progression as a driver. This is a great opportunity for him to pit himself against a talented GT4 grid in one the most competitive domestic GT championships in the world.”

This weekend’s British GT Championship event will feature a two-hour race on Sunday afternoon, which will be streamed live on the British GT website.